(DENVER, Colorado) – Any parent of a teenager can likely commiserate about the struggle to get their kids up and moving for school, but it may not be entirely their fault. The majority of teens are sleep deprived due, in part, to early school start times. This affects their ability to learn and also increases their risk of major health issues such as hypertension, obesity and depression. Although the benefits of later school start times for teens are well-documented, researchers at National Jewish Health are the first to study how these changes also help parents improve their sleep habits, providing benefits to the whole family.

“We talk a lot about teens being sleep deprived, but we know adults are sleep deprived as well, and it’s very hard to make up that sleep debt,” said Lisa Meltzer, PhD, a pediatric psychologist at National Jewish Health and lead author of the study.

Researchers partnered with Cherry Creek Schools, a large district near Denver, and adjusted middle and high school start times 50 to 70 minutes later and elementary schools an hour earlier to accommodate these changes. Parents of elementary-aged children maintained their normal sleep habits, moving bedtimes and wake times slightly earlier, while parents of middle and high school students reported getting more sleep and feeling less tired during the day. Bedtimes remained consistent for these parents, but they were able to sleep later into the morning.

“A lot of parents said that it not only helped their sleep, but it made their morning routine easier as well. Their teens were less grumpy and it was a lot easier to wake them up in the morning,” Meltzer said. “So it’s important to consider that adjusting school start times not only helps students, but also how the whole family functions.”

Despite the mounting evidence on the benefits of changing school start times, the vast majority of middle and high schools still begin the day far too early. Experts say this is often due to logistical challenges such as bus routes and extracurricular schedules, but that it is worth putting in the effort to overcome these challenges to improve the health and wellbeing of students and their families. 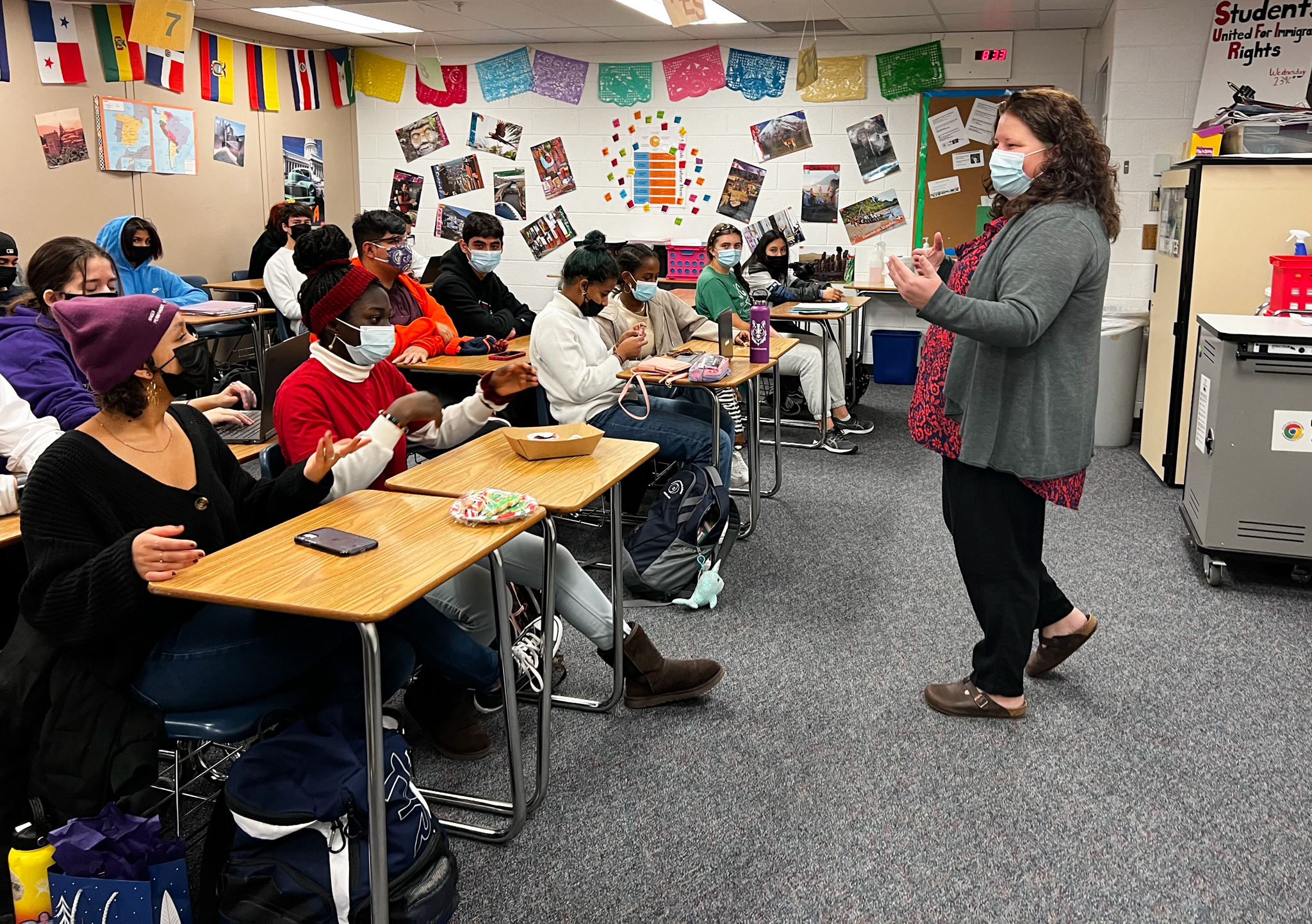 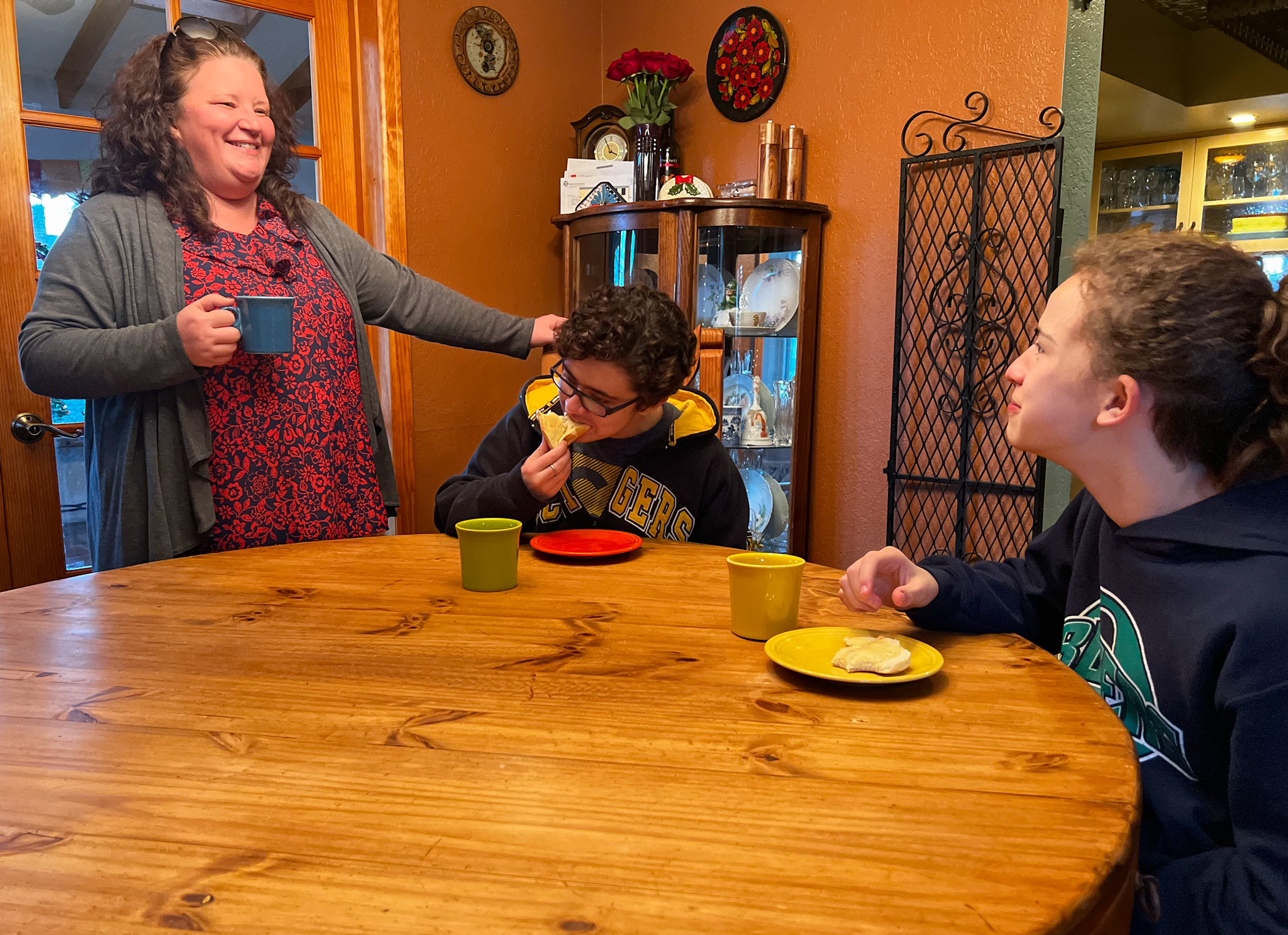 Kelly Osuna has breakfast with her two sons at their home in Aurora, CO. Osuna says their morning routine is much calmer after National Jewish Health partnered with their school district to examine how later school start times for adolescents would improve sleep habits for parents. 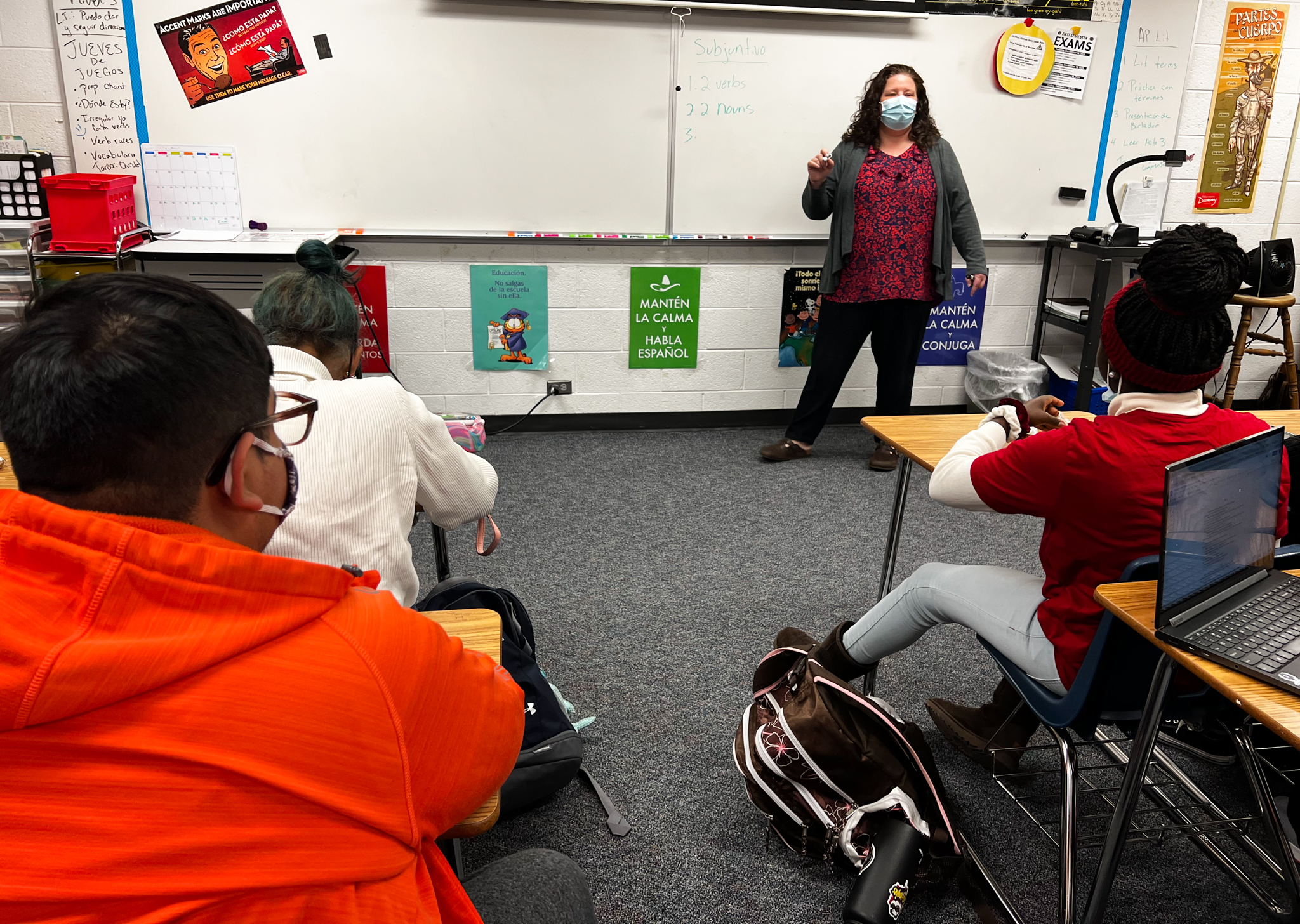 A study by the Sleep Center at National Jewish Health found that parents of teenagers got more sleep when middle and high schools in the Cherry Creek School District started about an hour later. 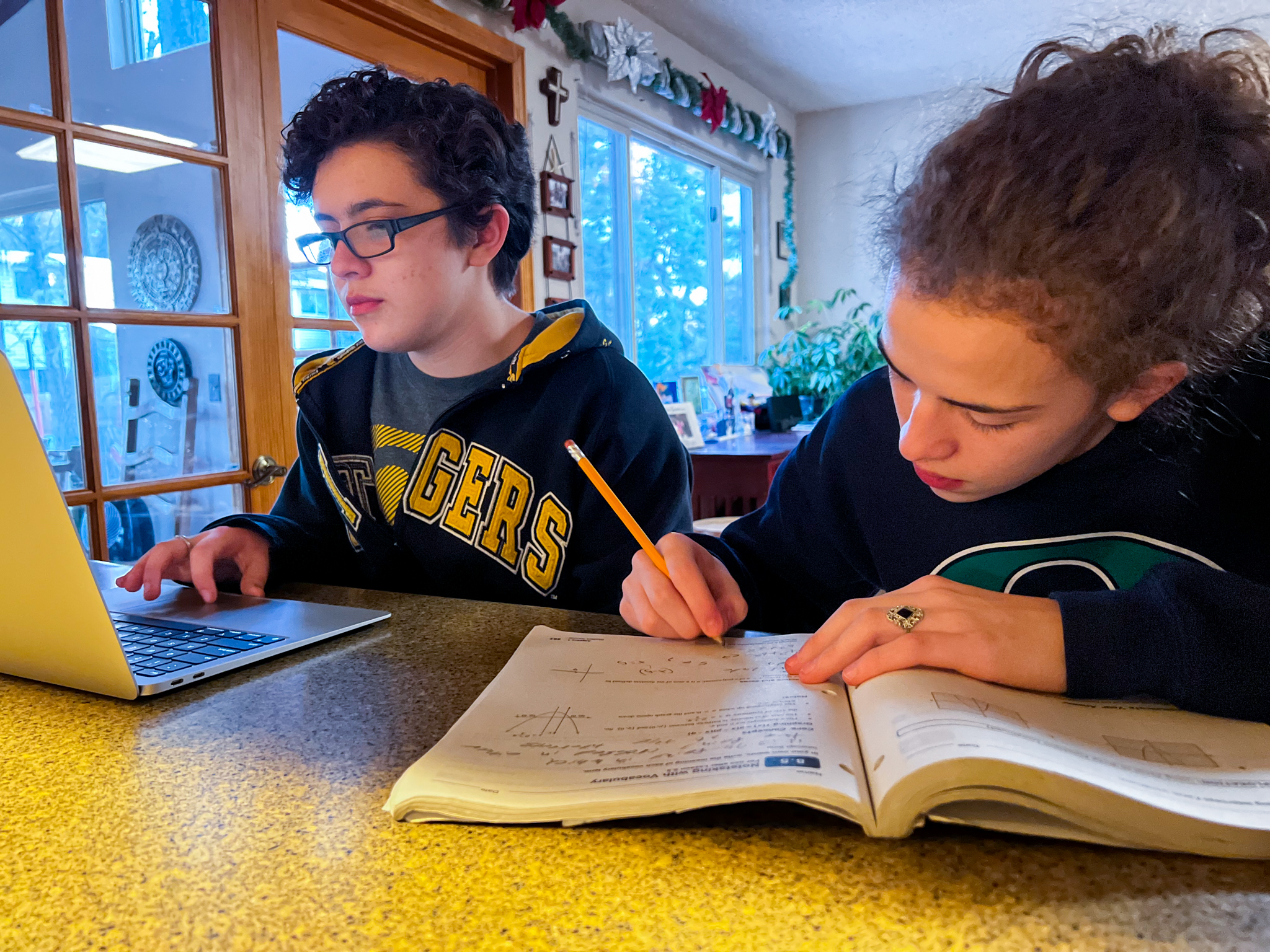 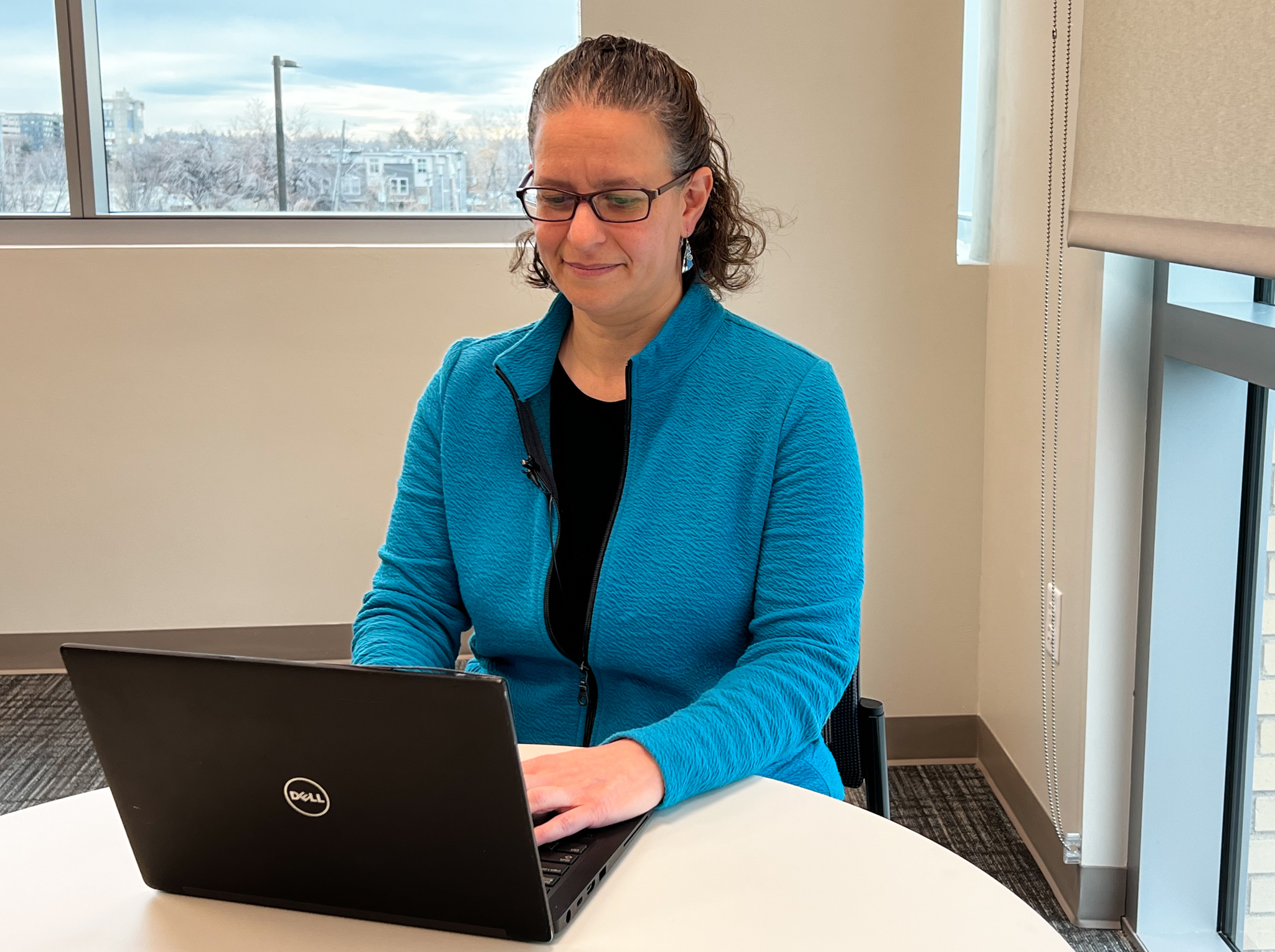 Lisa Meltzer, PhD, led a study at National Jewish Health that examined how school start times affect parents’ sleep. The study found that parents of middle and high school students reported being less tired during the day and were more likely to get the recommended seven hours of sleep when school started about an hour later.