(Denver, CO) – Millions of young athletes experience a scary and potentially dangerous breathing disorder known as exercise-induced laryngeal obstruction (EILO). EILO, commonly misdiagnosed as asthma, is unresponsive to asthma medications. So doctors at National Jewish Health have developed new breathing techniques that are helping athletes control their EILO symptoms, even during high-intensity exercise when they tend to be most severe.

“We found that if EILO patients can control and change the airflow through their mouth, they’re also able to control their throat,” said Tod Olin, MD, a pediatric pulmonologist at National Jewish Health who developed the exercises now known as the Olin EILOBI breathing techniques. “After teaching them these new techniques, 80 percent of patients reported them to be extremely helpful and two-thirds of patients were able to control their EILO symptoms by using them during exercise.”

Dr. Olin developed the breathing exercises based on observations of patients’ airways during very intense exercise. He asks patients to pedal as fast as they can on a stationary bike while a small camera in their throat captures images of their vocal cords. In those with EILO, their vocal cords tighten and close the top of the airway, causing noisy, labored breathing.

Patients spend several sessions learning to perform the techniques step-by-step. By mastering them, athletes are able to use these techniques when EILO symptoms strike, even if they’re out of breath and may be panicked. Dr. Olin says that’s what makes the new breathing techniques so helpful when traditional EILO exercises fall short.

“Some of the traditional techniques that we use for EILO simply can’t be performed during high-intensity exercise.” he said. “Specifically when patients are asked to inhale through their nose, it’s simply not something you can do if you’re running as fast as you can.” 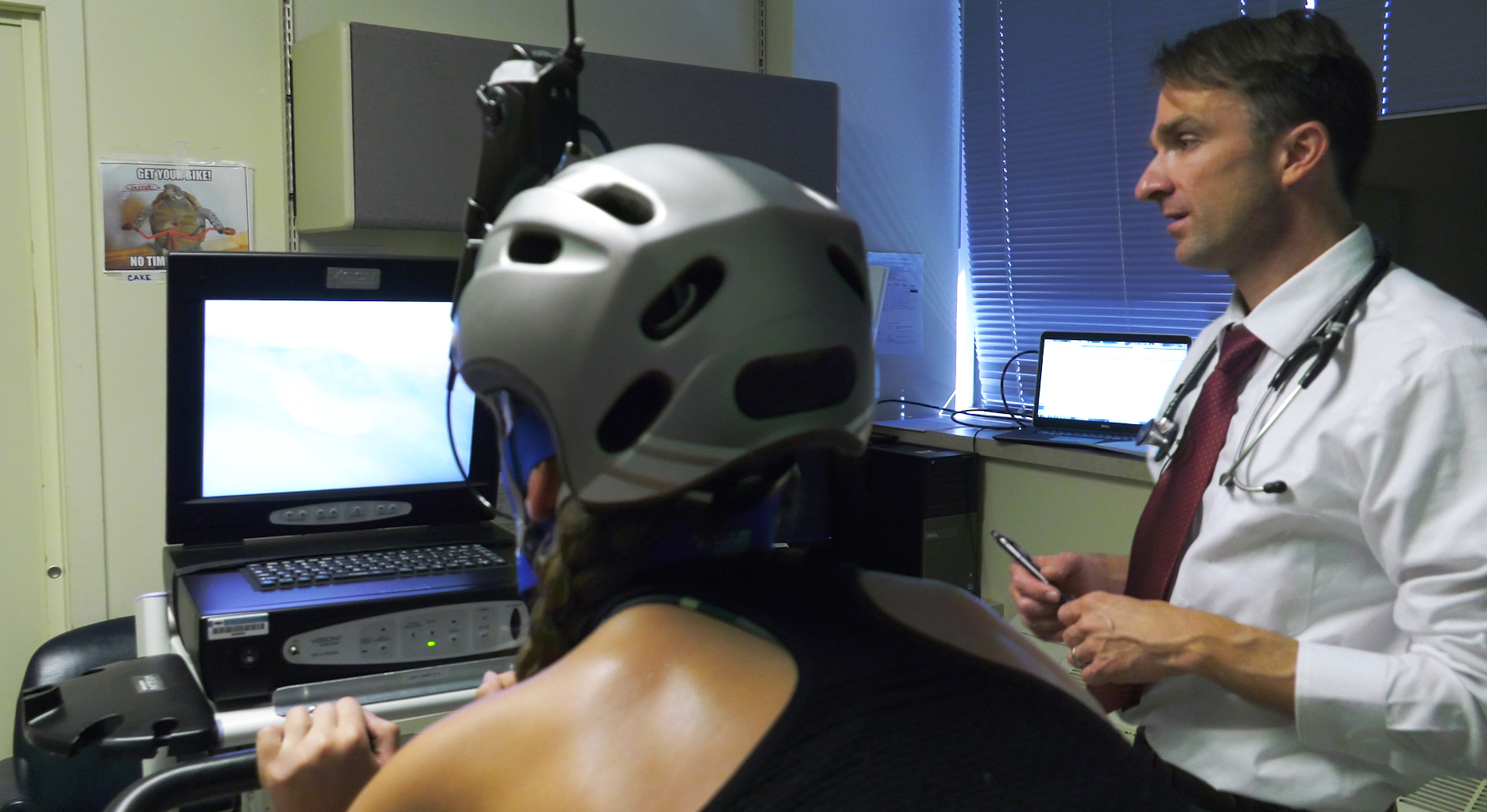 Tod Olin, MD, evaluates a patient for exercise-induced laryngeal obstruction (EILO) at National Jewish Health. He developed new breathing techniques that have been shown to help two-thirds of patients control their EILO symptoms during high-intensity exercise. 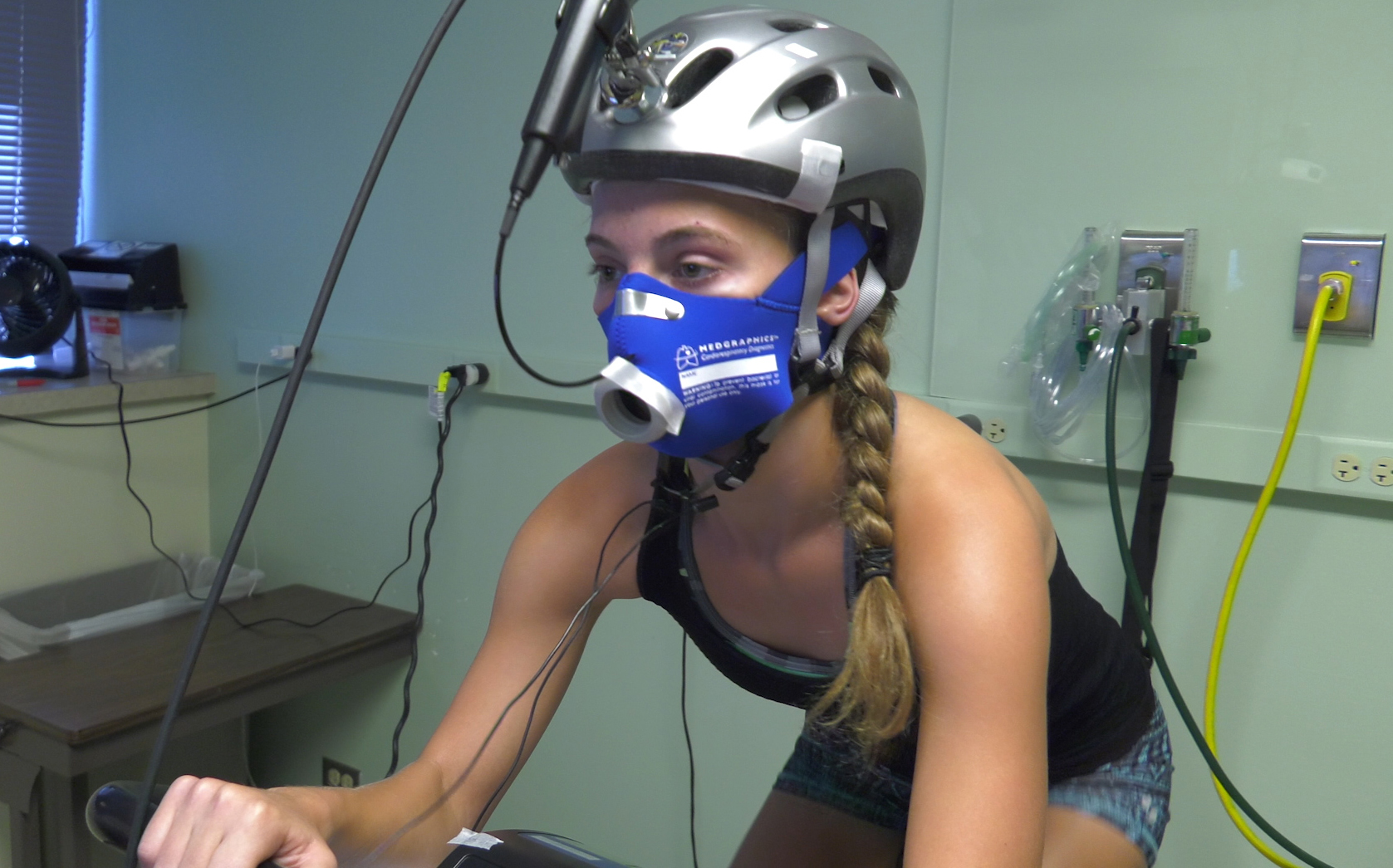 Alexis Beggar, 16, is tested for exercise-induced laryngeal obstruction (EILO) at National Jewish Health. Patients are asked to pedal as fast as they can on an exercise bike while a small camera down their throat observes the vocal cords. In those with EILO, the vocal cords tighten and close the airway, causing noisy and labored breathing. 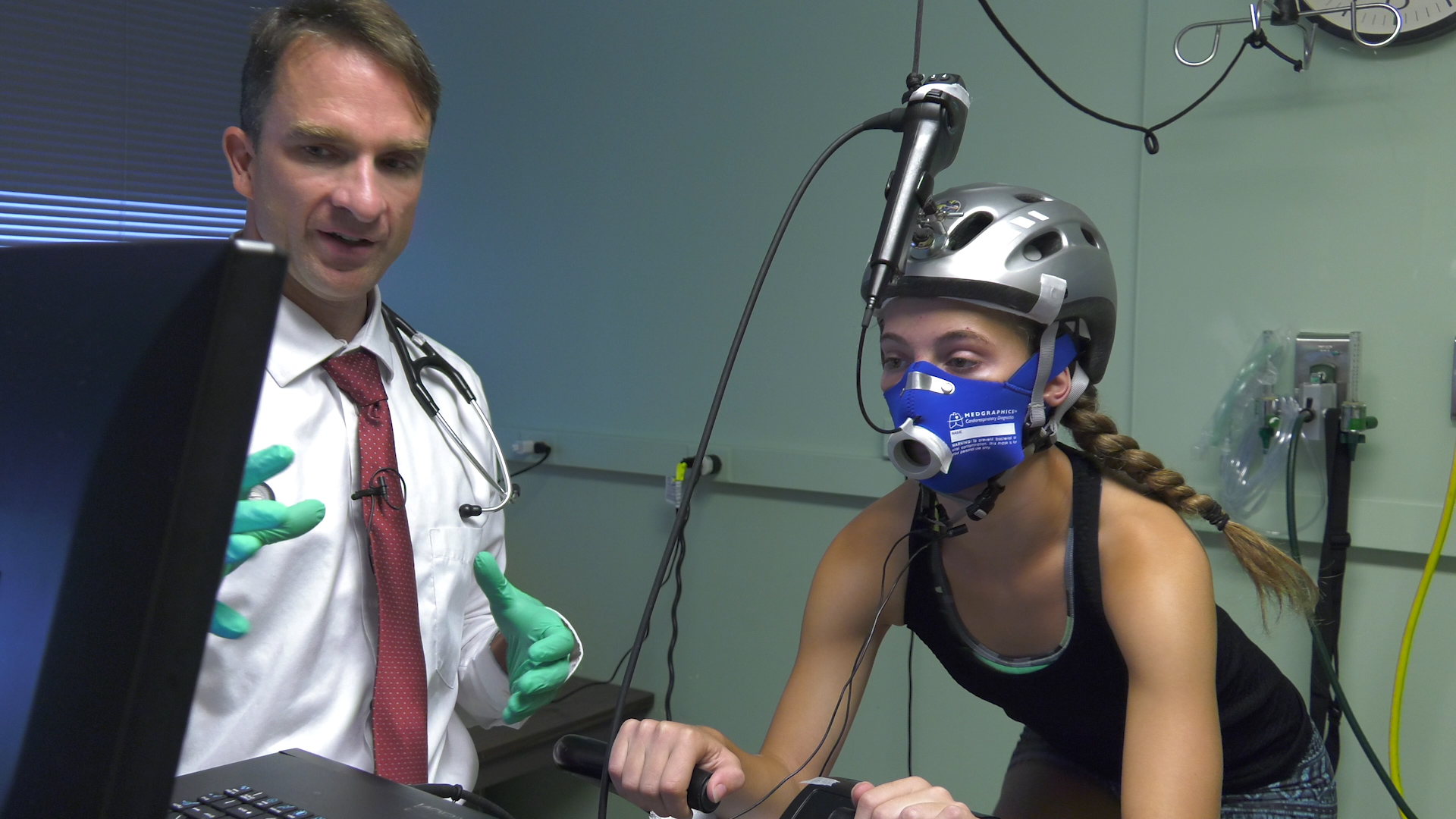