DENVER, CO — While the overall number of people who smoke in the United States is at an all-time low, not everyone is quite ready to celebrate. “We’re making great strides, but it’s evident that there are large groups of people who continue to struggle with tobacco and the chronic diseases associated with it,” said Amy Lukowski, Psy.D., clinical director of Health Initiatives at National Jewish Health in Denver and for its QuitLogixⓇ program, the largest non-profit smoking quitline in the country. “We need to find ways to better reach and serve those vulnerable demographic groups that are disproportionately impacted by tobacco.”

According to a recent study by the Centers for Disease Control and Prevention, 17.8 percent of adults now smoke in the United States. That’s the lowest percentage since 1965, the first year statistics were kept, when more than 42 percent of adults smoked.

However, smoking rates remain alarmingly high among three groups: American Indians, those in the lesbian, gay, bisexual and transgender (LGBT) community, and those with mental health issues. “As an academic medical center devoted for decades to eliminating tobacco use and its associated disease states, we feel the imperative to better identify and understand the unique factors related to tobacco use in these groups and to develop protocols that are specifically tailored to their needs,” said Lukowski. “This is a high priority for us.”

Following over a year of study of the tobacco use and cessation characteristics of the American Indian population across the country, QuitLogixⓇ at National Jewish Health became the first quitline in the United States to hire Native coaches. Having coaches that share the same heritage was described as an important feature for quitlines to be successful in cessation efforts by American Indian commercial tobacco users. More than 26 percent ofAmerican Indians are smokers, the highest rate of any ethnic group and considerably higher than the national average.

Until now, effective smoking cessation programs designed specifically for a heterogeneous population of American Indians across multiple tribes in different geographic locations did not exist.

Tobacco is an integral part of the American Indian culture. It holds a sacred place in their history and is still used in spiritual ceremonies and traditional practice. So, before launching the American Indian Commercial Tobacco Program (AICTP), Lukowski said researchers met with dozens of previous and potential participants of quitline services in various regions. “We needed to better understand the best ways to address commercial tobacco from community members themselves, while still honoring traditional tobacco practices,” she said.

“Those high rates of tobacco use in these populations are no accident,” said Lukowski. “Tobacco companies have identified and targeted these groups as being populations more vulnerable to nicotine addiction and are shrewdly advertising directly to them.” This type of marketing to susceptible populations continues to be prevalent in many direct and subtle ways.

The quitline at National Jewish Health provides services to 15 states, fielding up to 22,000 calls per day. Since 2002, this quitline has served over 1,100,000 tobacco users. Those wanting to quit can call 1-800-QUIT-NOW, to be directed to their individual state quitline. 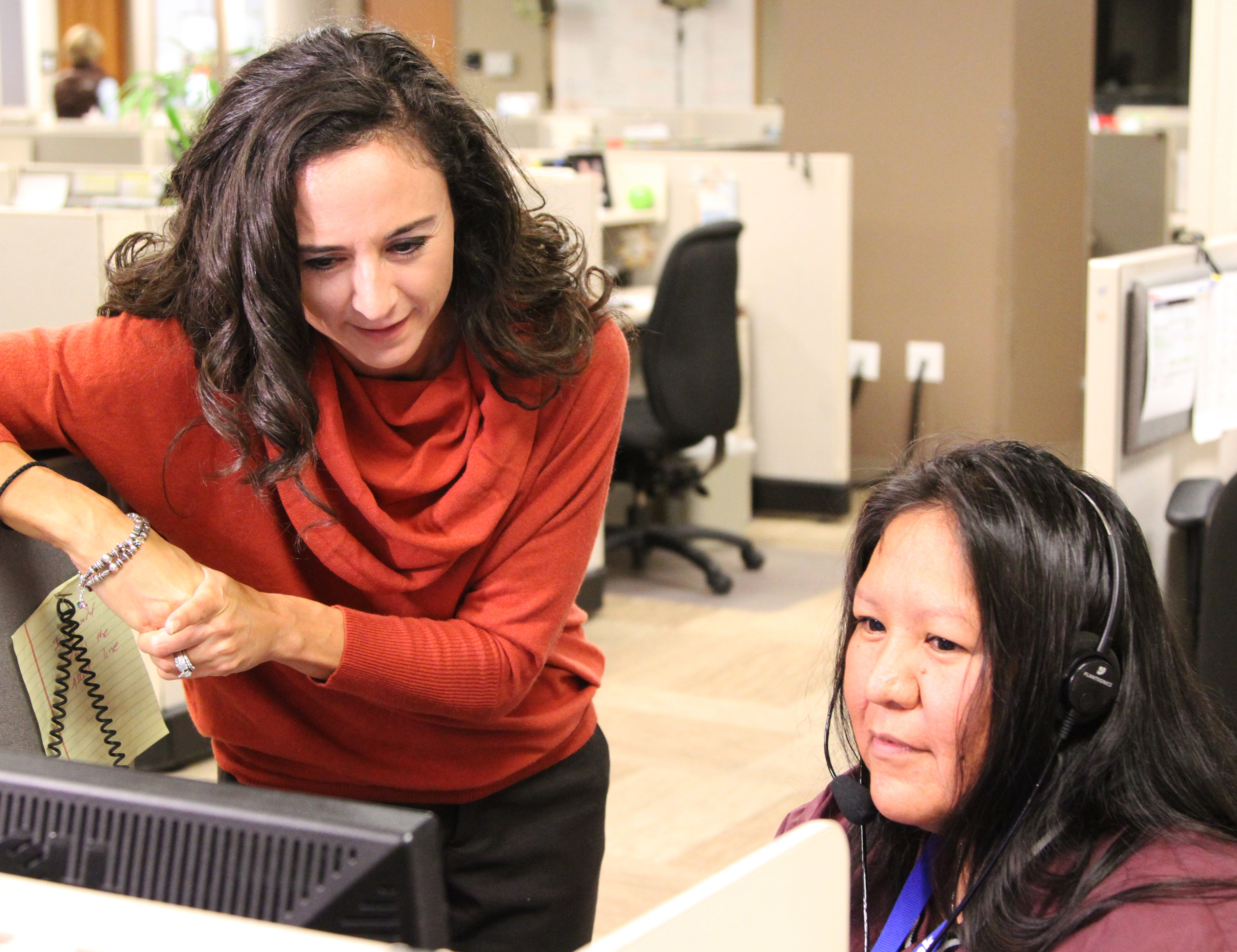 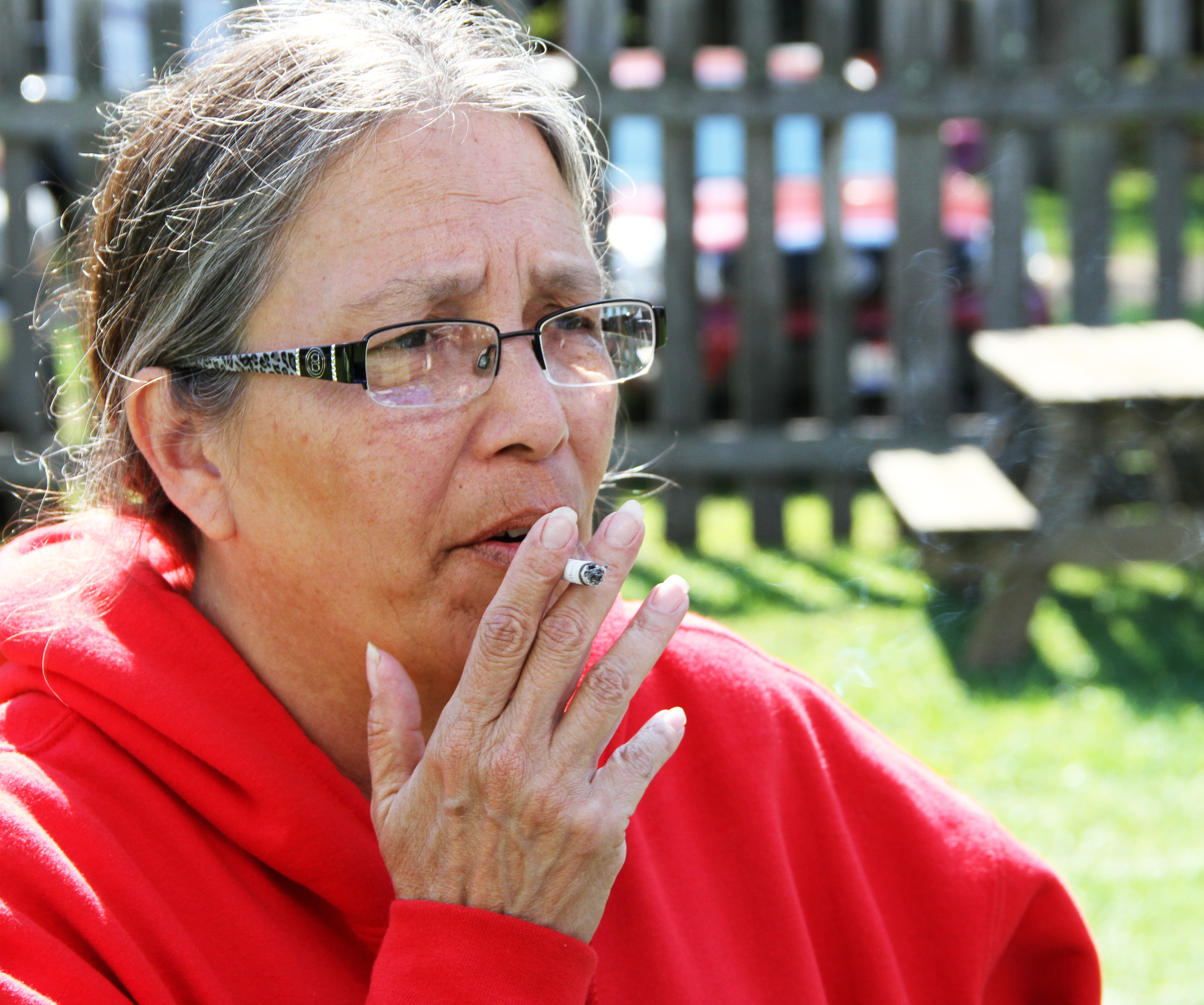 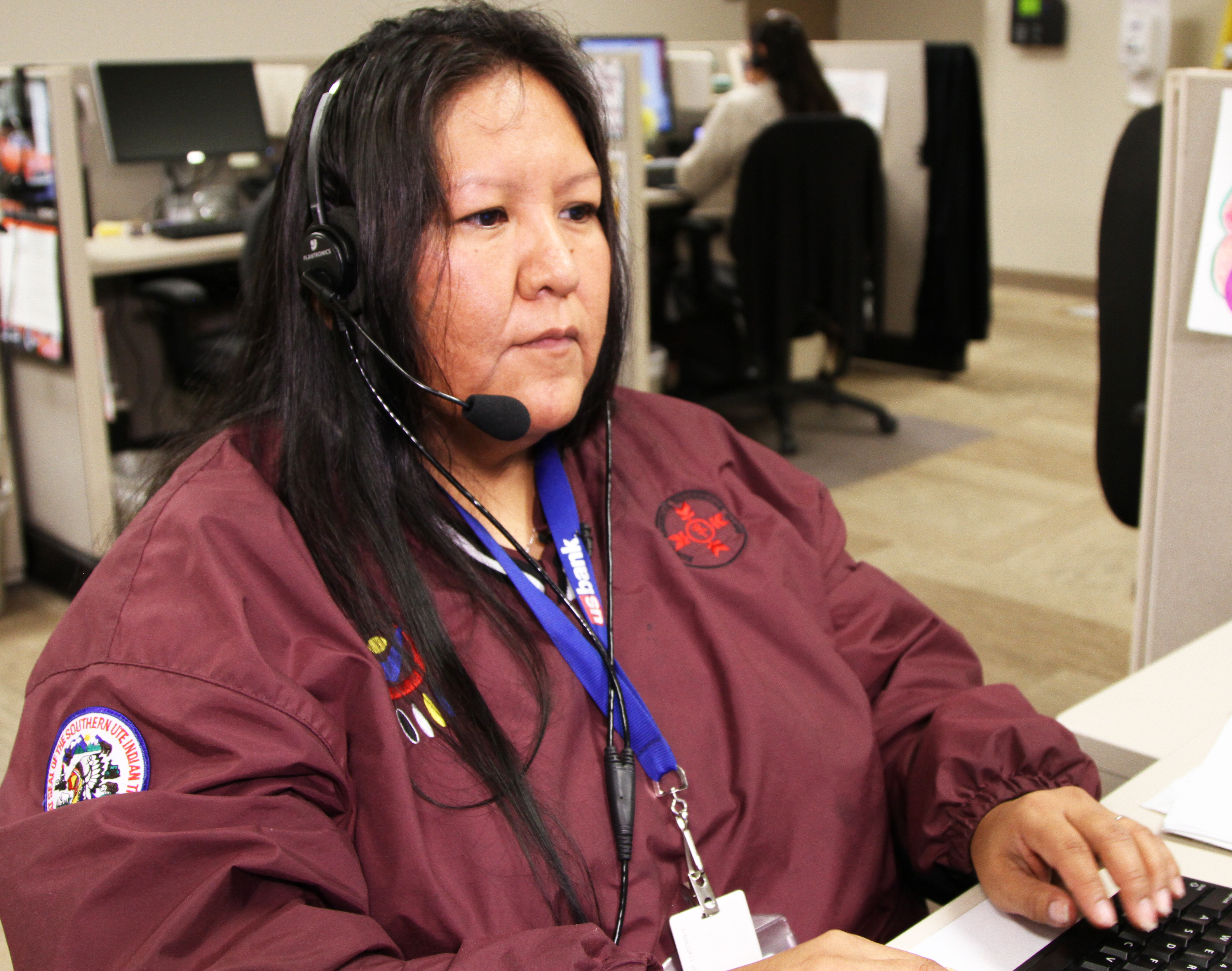 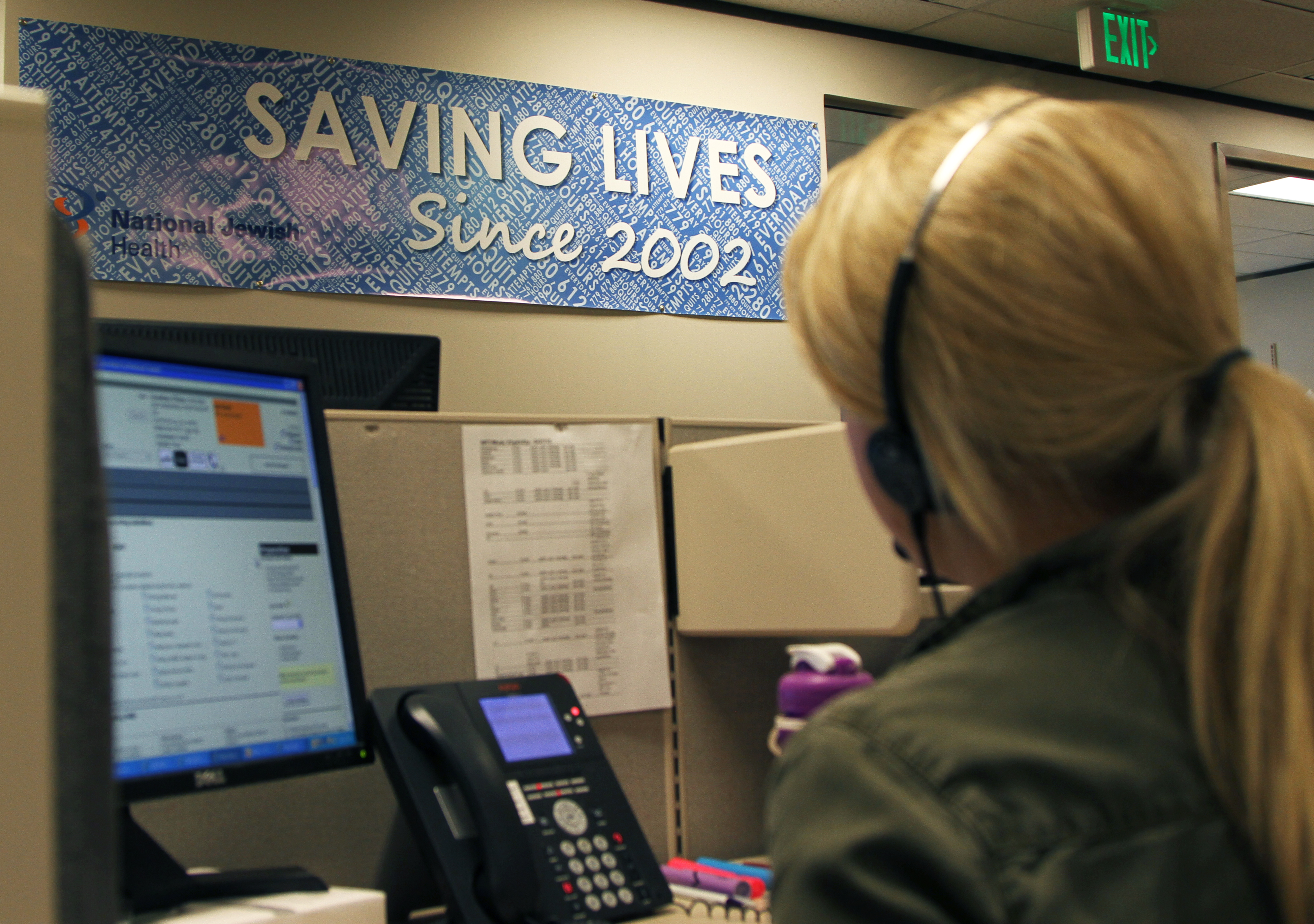 A tobacco cessation coach speaks to a quitline caller at National Jewish Health in Denver, Colorado, the largest non-profit quitline in the U.S. 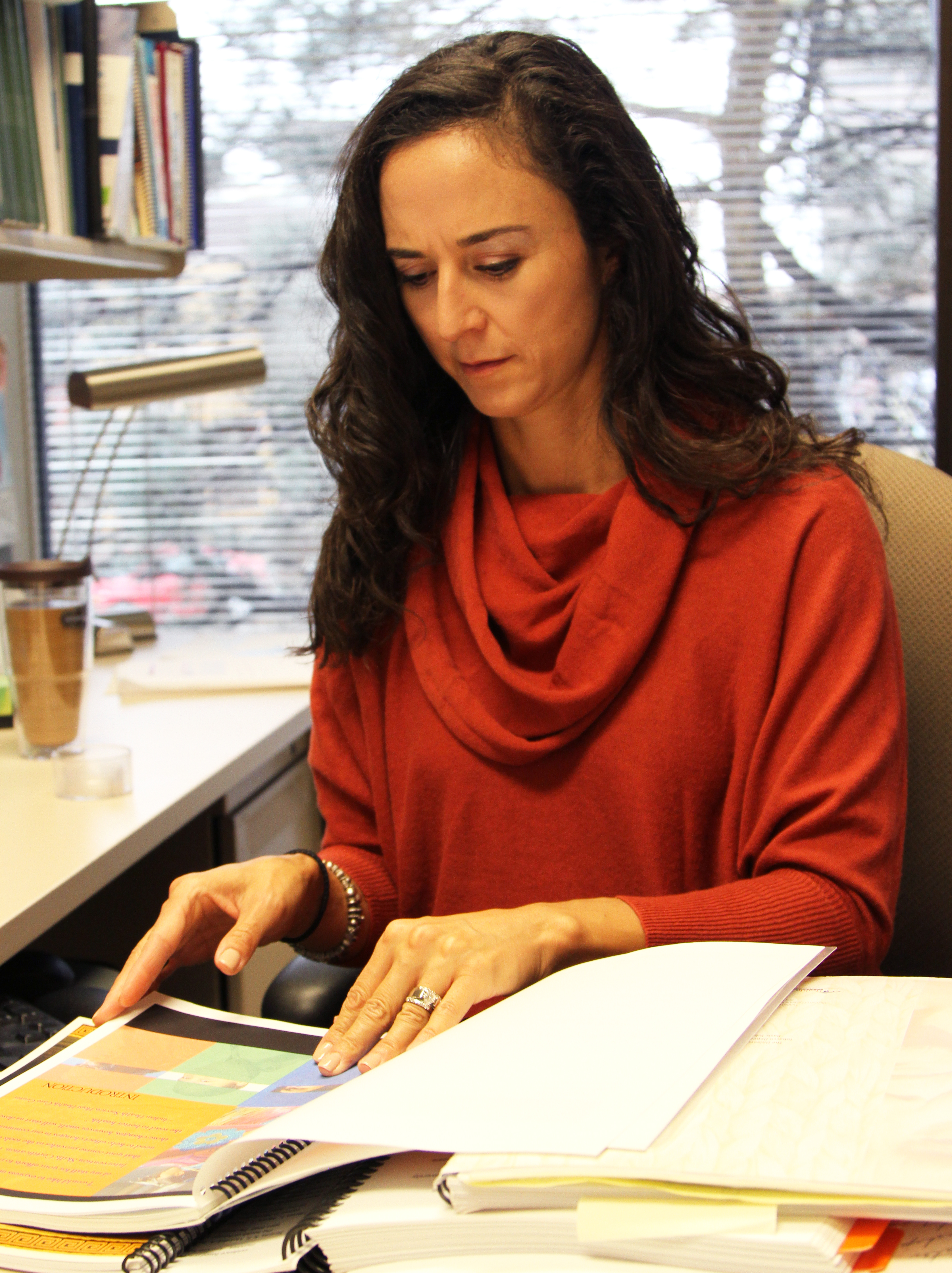 Amy Lukowski, Psy.D., of National Jewish Health, leads the largest non-profit quitline in the country. The program fields up to 22,000 calls per day. 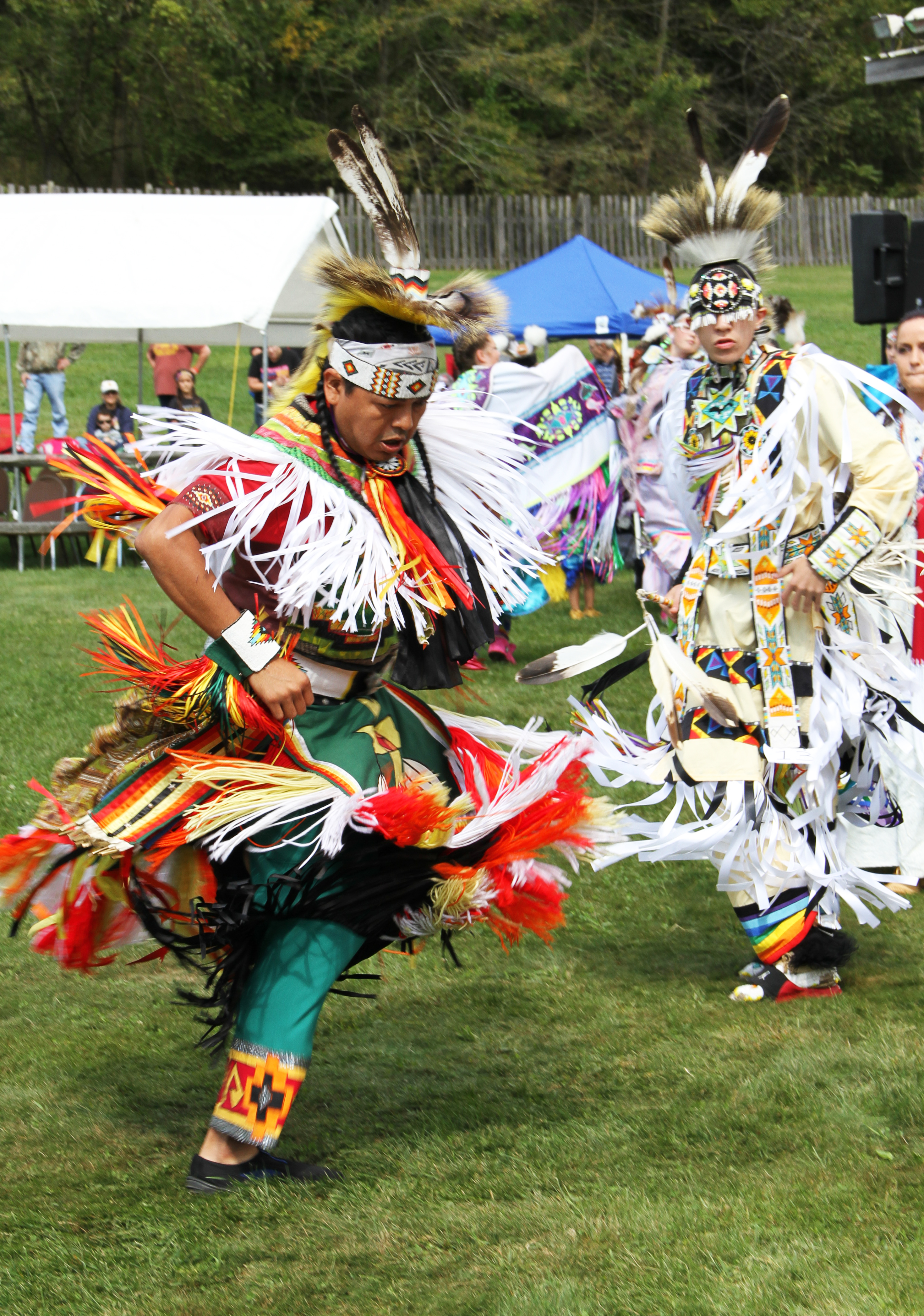