DENVER, CO — The liquid used in electronic cigarettes has been linked to a significantly higher risk of respiratory viral infections, whether the liquid contains nicotine or not, according to a published study by researchers at National Jewish Health in Denver.

“We took cells from the airways of young, healthy non-smokers and exposed them to the liquid or vapors from e-cigarettes in the lab and in as little as 10 minutes we saw a dramatic reaction,” said Hong Wei Chu, MD, director of the Basic Science Section at National Jewish Health and leader of the study.  “The cells showed a strong pro-inflammatory response and the risk of viral infection in those cells rose significantly,” he said.

The findings come as the popularity of e-cigarettes is surging, particularly in young people.  In 2010 less than 2 percent of adults in the U.S. had tried e-cigarettes.  Last year that number topped 40 million, an increase of more than 620 percent. The number of children and teenagers who use them is on the rise as well.

“In the last 4 or 5 years, it’s exploded,” said David Tinkelman, MD, medical director of health initiatives at National Jewish Health.  “Unfortunately, the science behind e-cigarettes has not exploded at the same time.  We still don’t fully understand the effects e-cigarettes have on our bodies or the risks they might pose,” he said.

For this study, researchers used a machine with human  cells from the airways in a sterile container at one end, and at the other end they attached an electronic cigarette.  The machine applied suction to the e-cigarette to simulate human use.  The vapors produced by that suction traveled through tubes to the container holding the human cells and once there damaged the cells almost immediately.

“Epithelial cells are the first line of defense in our airways and they protect our bodies from anything dangerous we might inhale,” said Qun Wu, MD, PhD, who conducted the study.  “Once those cells were exposed to the liquid or vapors from e-cigarettes, it triggered a strong immune response,” she said.

Specifically, scientists noted a significant increase in the level of IL-6 protein from the cells, which indicates an immune response to the e-cigarette exposure.  “The epithelial cells were damaged after only a few minutes of exposure and the immune response lasted up to 48 hours,” said Dr. Chu.  “That indicates to us that these cells responded quickly to the presence of e-cigarette liquid or vapors by producing IL-6 protein, which contributes to the lung inflammation and injury,” he said.

This study adds to the mounting evidence that e-cigarettes are not harmless, and experts worry that they are falling into the hands of children and teenagers who assume they are safe.

“Many of these products are marketed to young consumers with flavors like bubblegum or cherry, and when you flavor them in that way, not only are they more appealing but young people might falsely assume they are safe to use,” said Dr. Tinkelman.  “That is an inherently dangerous situation when you’re talking about use among children and teenagers, especially.”

“We have provided strong evidence that the liquid used in e-cigarettes, whether it contains nicotine or not, has negative effects on the airways and on the lungs,” said Dr. Chu.  “The problem is, these products aren’t regulated and there are no standards to control how much nicotine or other chemicals they contain.  I think e-cigarettes could prove dangerous, especially with long-term consumption,” he said.

The study is published by PLOS-One, the Public Library of Science.  To learn more about the findings, click here: bit.ly/1zp7yNT

Paula Brown uses an electronic cigarette at her home in New Albany, Ohio. A new study from researchers at National Jewish Health in Denver shows that the liquid used in e-cigarettes causes a strong immune reaction in human cells and substantially increases the risk of viral infections. Details: bit.ly/1wejayu 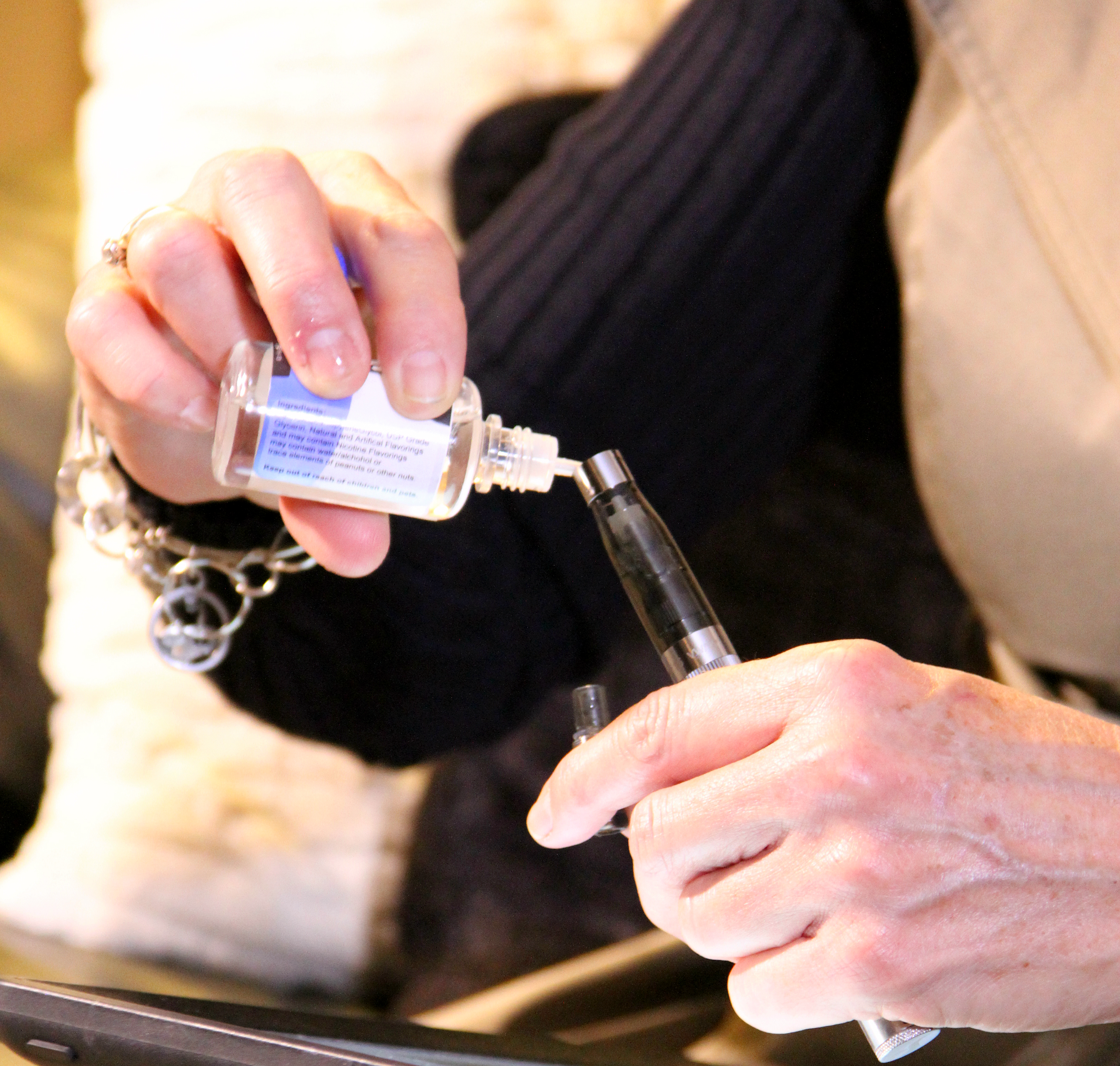 A study published by researchers at National Jewish Health in Denver found that the liquid used in electronic cigarettes damages cells from human airways and increases the risk of viral infection. Scientists say the immune response and risk of viral infection was nearly identical, whether the liquid contained nicotine or not. Details on the study here: bit.ly/1wejayu 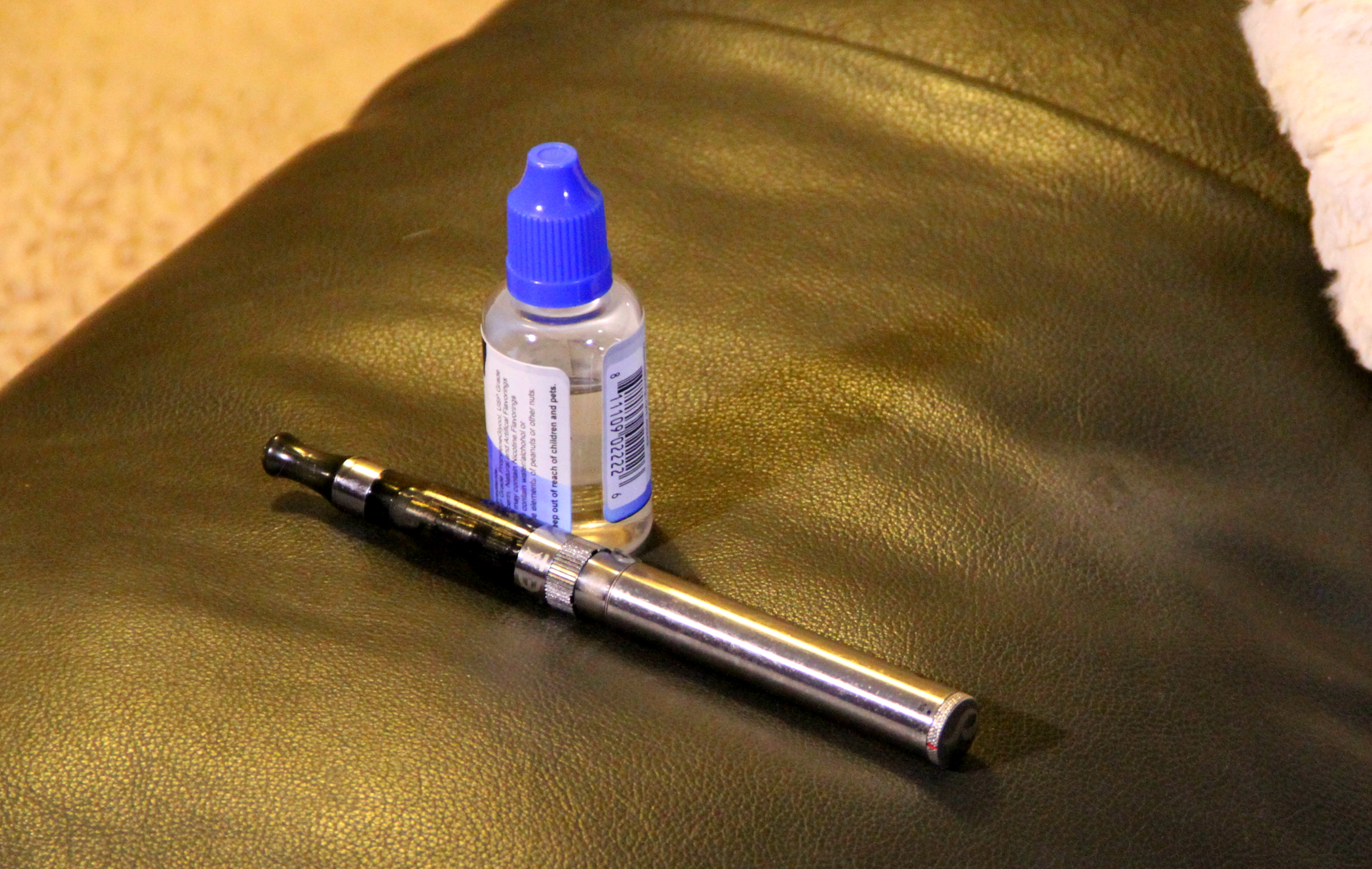 As the popularity of electronic cigarettes surges, researchers at National Jewish Health in Denver are issuing a warning to potential users. In a recently published study, scientists found that the liquid used in e-cigarettes caused a strong immune response in cells from the human airway and increased the risk of viral infection considerably. The liquid used in e-cigarettes damaged human cells whether it contained nicotine or not. Details of the study here: bit.ly/1wejayu 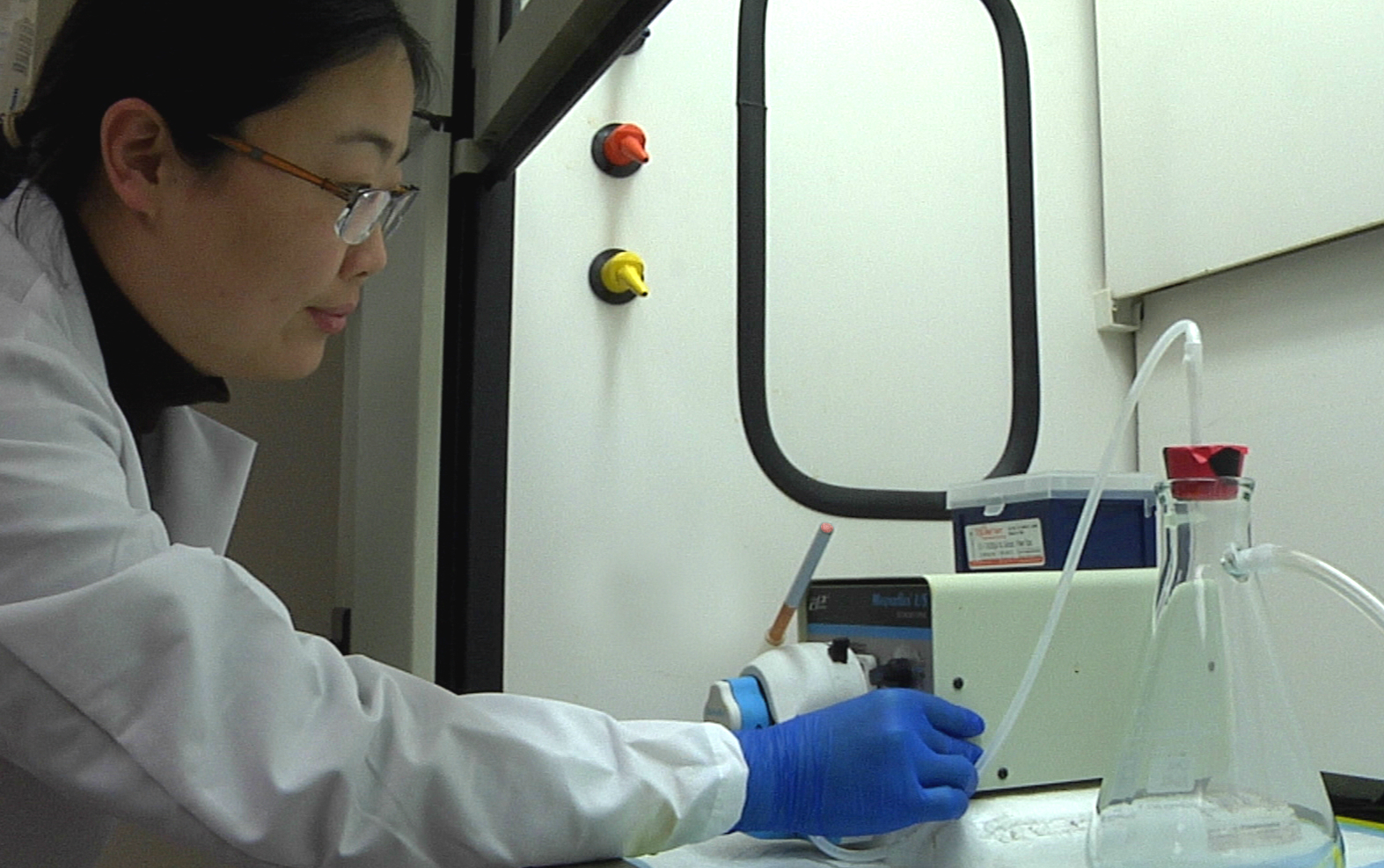 Qun Wu, MD, PhD, uses a machine to expose human cells to the vapor from an electronic cigarette. Wu and a team of researchers at National Jewish Health in Denver recently discovered that the liquid used in e-cigarettes, whether it contained nicotine or not, damaged healthy cells from the human airway and greatly increased the risk of viral infection. Details here: bit.ly/1wejayu 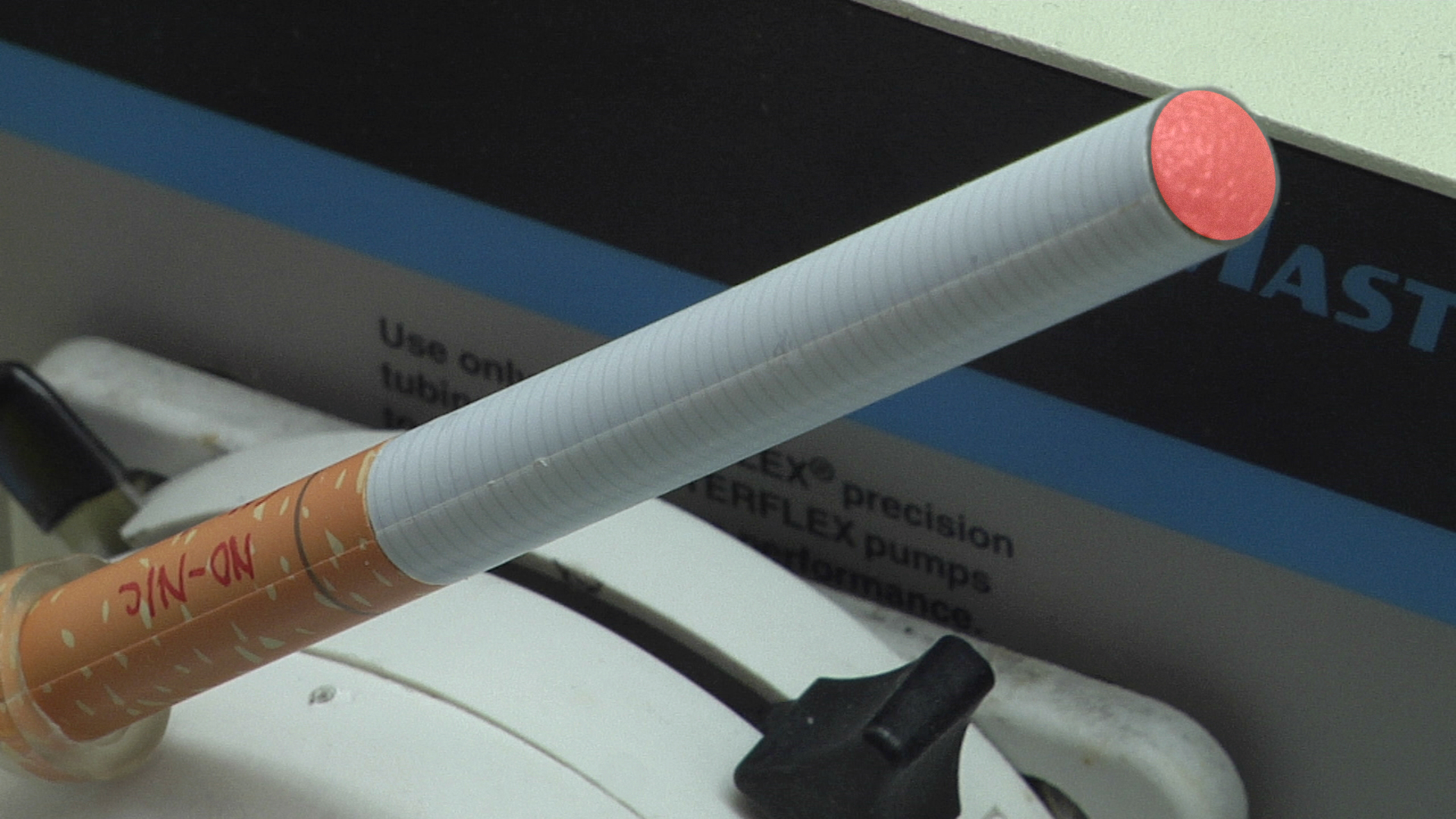 Using a machine to create vapor from an electronic cigarette, researchers at National Jewish Health in Denver have discovered that the liquid used in e-cigarettes damages healthy cells from the human airway, and increases the risk of viral infection. Experts say just 10 minutes of exposure to vaporized e-cigarette liquid damaged cells and caused an immune response that lasted up to 48 hours, whether the liquid contained nicotine or not. For more on the study click here: bit.ly/1wejayu