DENVER, CO — August 18, 2014 — Like more than 20 million other Americans, John Brugger has been diagnosed with sleep apnea.  He snored, tossed and turned and struggled to breathe during the night, which often left him not only exhausted the next day but also raised his risk of heart attack, stroke and car accidents.  Fed up, Brugger went to his doctor, who suggested he use a CPAP machine, which delivers air through a face mask while he sleeps to keep his throat open with continuous positive airway pressure (CPAP).

Brugger tried it a few times, but like more than half of those who get CPAP machines, he simply stopped using it.  “I didn’t like it, honestly,” said Brugger, a father of five from Commerce City, Colo.  “It was bulky and I had a hard time getting to sleep with it on my face,” he said.

The video was part of a pilot study led by Mark Aloia, PhD, a sleep expert at National Jewish Health in Denver.  In it, Brugger watched himself writhe and periodically gasp for air during the night.  “It was a powerful moment in my life,” said Brugger.  “It made me cry watching it, and to see myself basically drowning in my sleep, made me very determined to fix that.”

That was Aloia’s objective from the outset.  “Sleep apnea is one of those disorders you never really notice in yourself,” said Aloia.  “I mean, you’re asleep, you’re consciously not aware of what’s happening to you,” he said.

Left untreated, sleep apnea has been linked to serious medical conditions including depression, diabetes, heart disease and even cancer.  It also raises the risk that a tired sleep apnea patient will fall asleep at the wheel and have a car accident.

“We somehow had to find a way to convince these patients of the urgency of their condition,” said Aloia.

At first, researchers showed patients videos of other people who struggled to breathe while sleeping without their masks.  “Their reaction was ‘Wow, that’s really bad,’ and then probably internally some of them would say, ‘but I’m not like that,’” Aloia said.  “Then we thought, why don’t we show people video from their own sleep study and see what the effect is?”

Turns out, the effect was dramatic.  “We saw an increase in the use of CPAP of more than two hours a night, and after three months of follow ups, the patients were still using them,” said Aloia.  “We really created a personal sense of urgency in these patients in order to change their behavior,” he said.

The pilot study worked so well that Aloia and his team at National Jewish Health have received a grant from the National Institutes of Health to expand the study.  In the coming months, Aloia will test the approach on 300 patients and will follow their progress for an entire year.

“We were thrilled by the response,” said Aloia.  “The shocking part was that patients actually got very emotional.  Sometimes we’d have men, who had never really thought of themselves having a problem, being tearful,” he said. 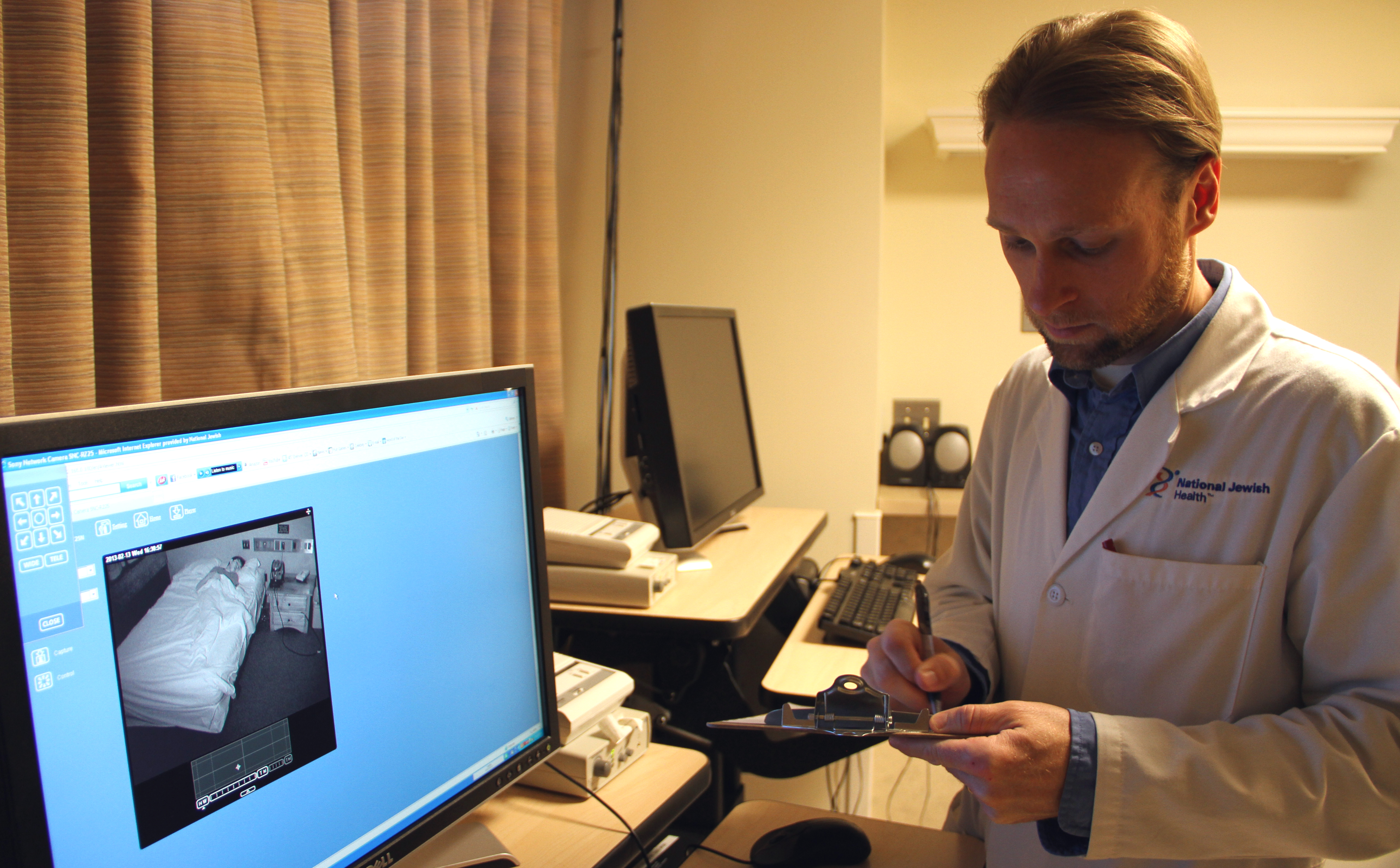 A sleep researcher at National Jewish Health in Denver monitors a patient who is sleeping without a CPAP mask, which is commonly used to treat sleep apnea. In a recent pilot study, experts showed patients video of themselves struggling to breathe during the night without their CPAP masks. After watching the dramatic, often disturbing videos, patient usage of CPAP masks increased considerably. Details: bit.ly/U4jfsQ 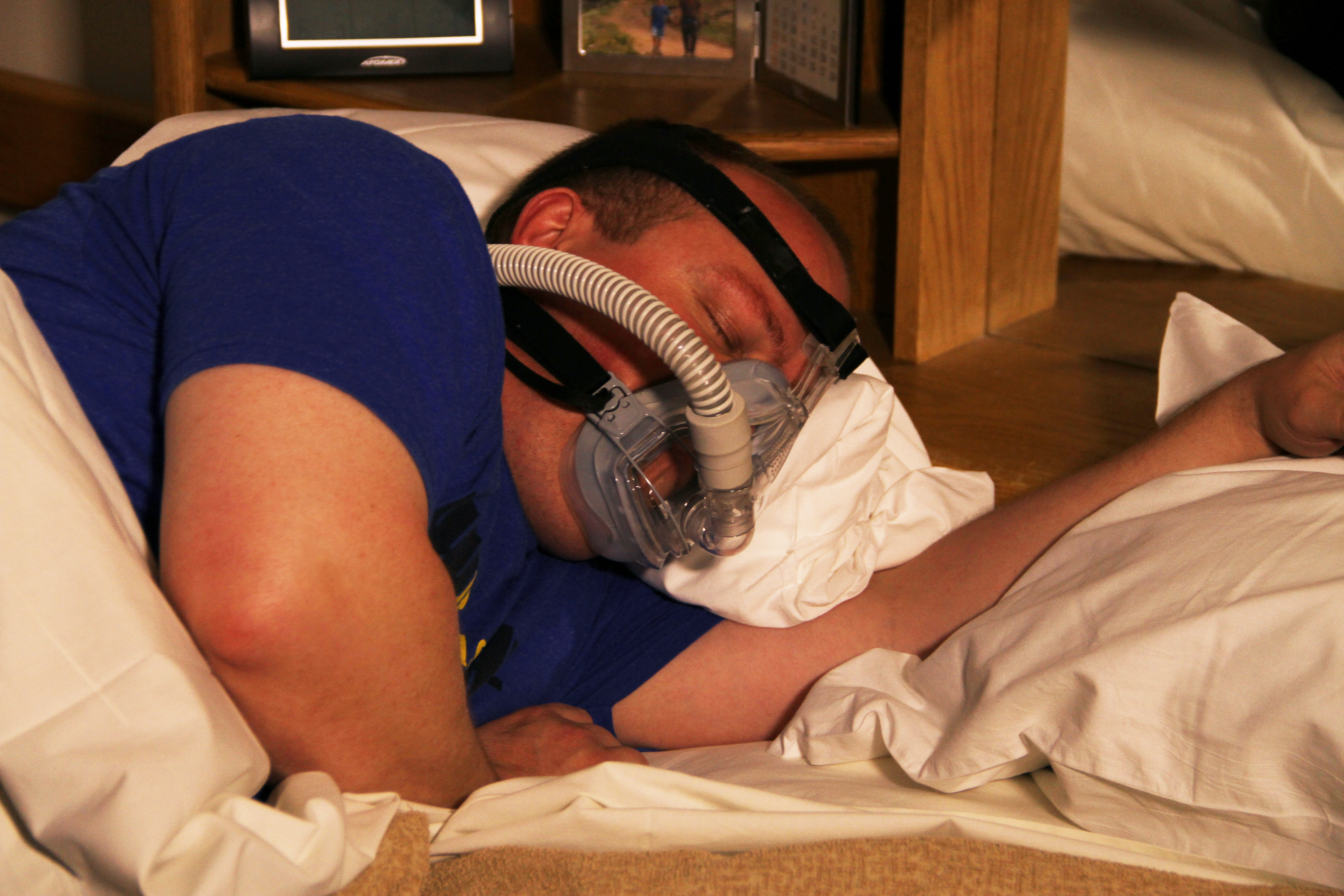 Seeing is believing for John Brugger, of Commerce City, Colo. Brugger rarely wore his CPAP mask for sleep apnea because he thought it was uncomfortable, but after watching dramatic video of himself struggling to breathe at night without the CPAP mask, Brugger changed his mind. The video was part of a pilot study by sleep and respiratory experts at National Jewish Health in Denver. Details on the study here: bit.ly/U4jfsQ 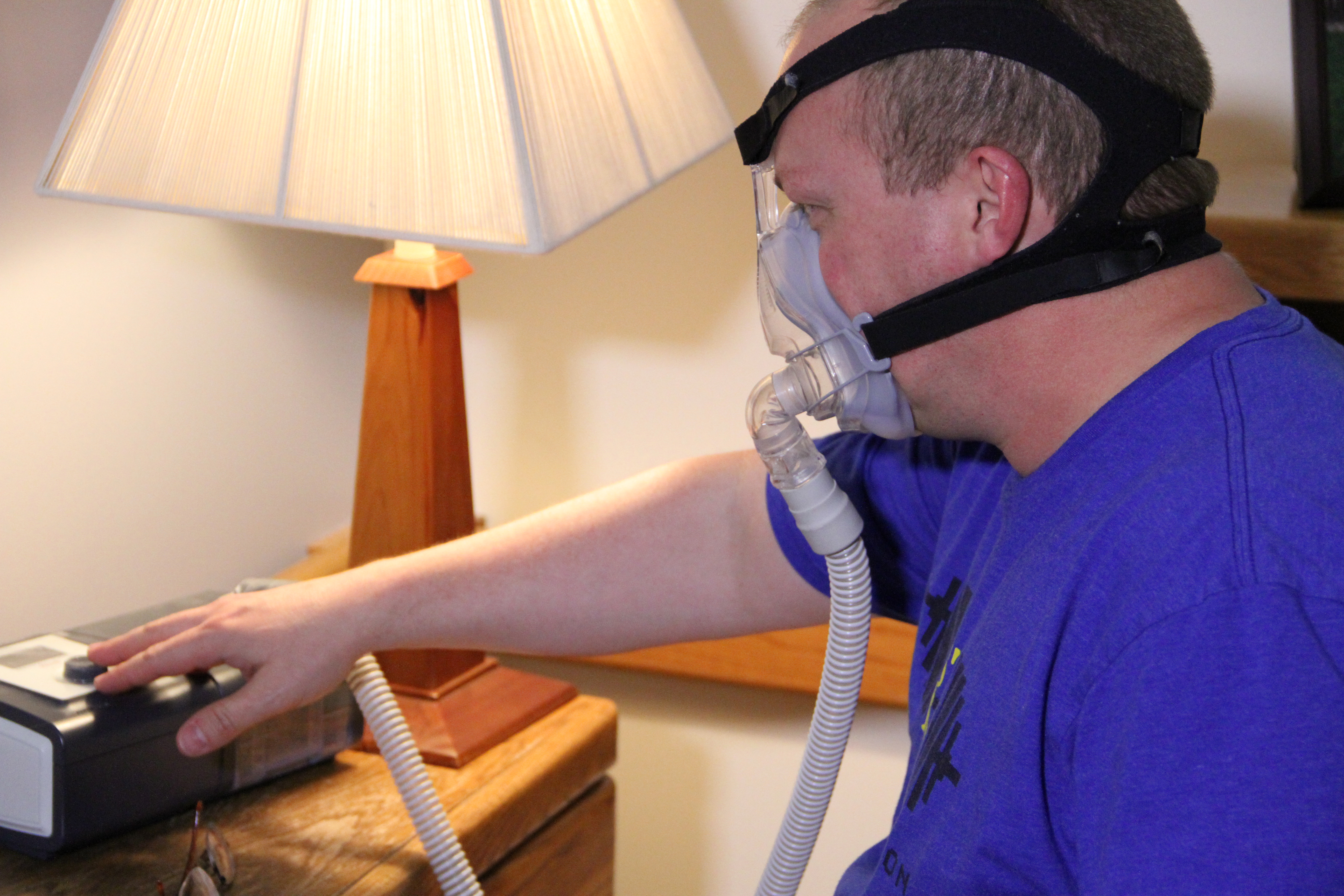 John Brugger of Commerce City, Colo. uses a CPAP mask to treat his sleep apnea. Like more than half of those who have them, Brugger rarely wore his mask, but changed his mind after experts at National Jewish Health in Denver showed him video of himself struggling to breathe overnight without it. Study details here: bit.ly/U4jfsQ 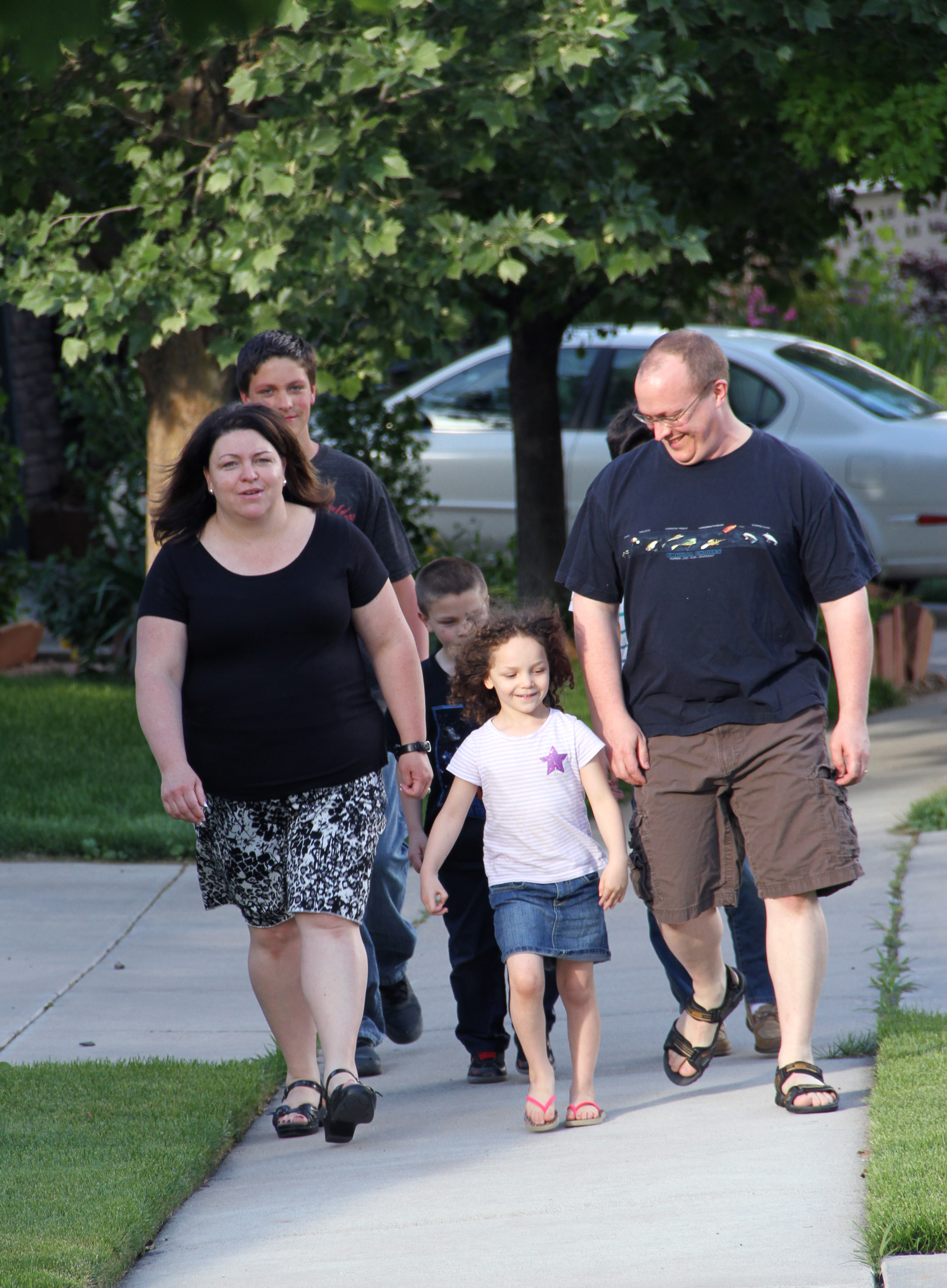 John Brugger, right, takes a walk with his family in Commerce City, Colo. Brugger says consistent use of a CPAP machine to treat his sleep apnea has increased his energy level considerably. Brugger rarely wore his mask until he took part in a pilot study at National Jewish Health in Denver. During the study, patients were shown dramatic video of themselves struggling to breathe at night without their CPAP masks. After seeing themselves on camera, patient usage of CPAP machines went up substantially. Study details here: bit.ly/U4jfsQ 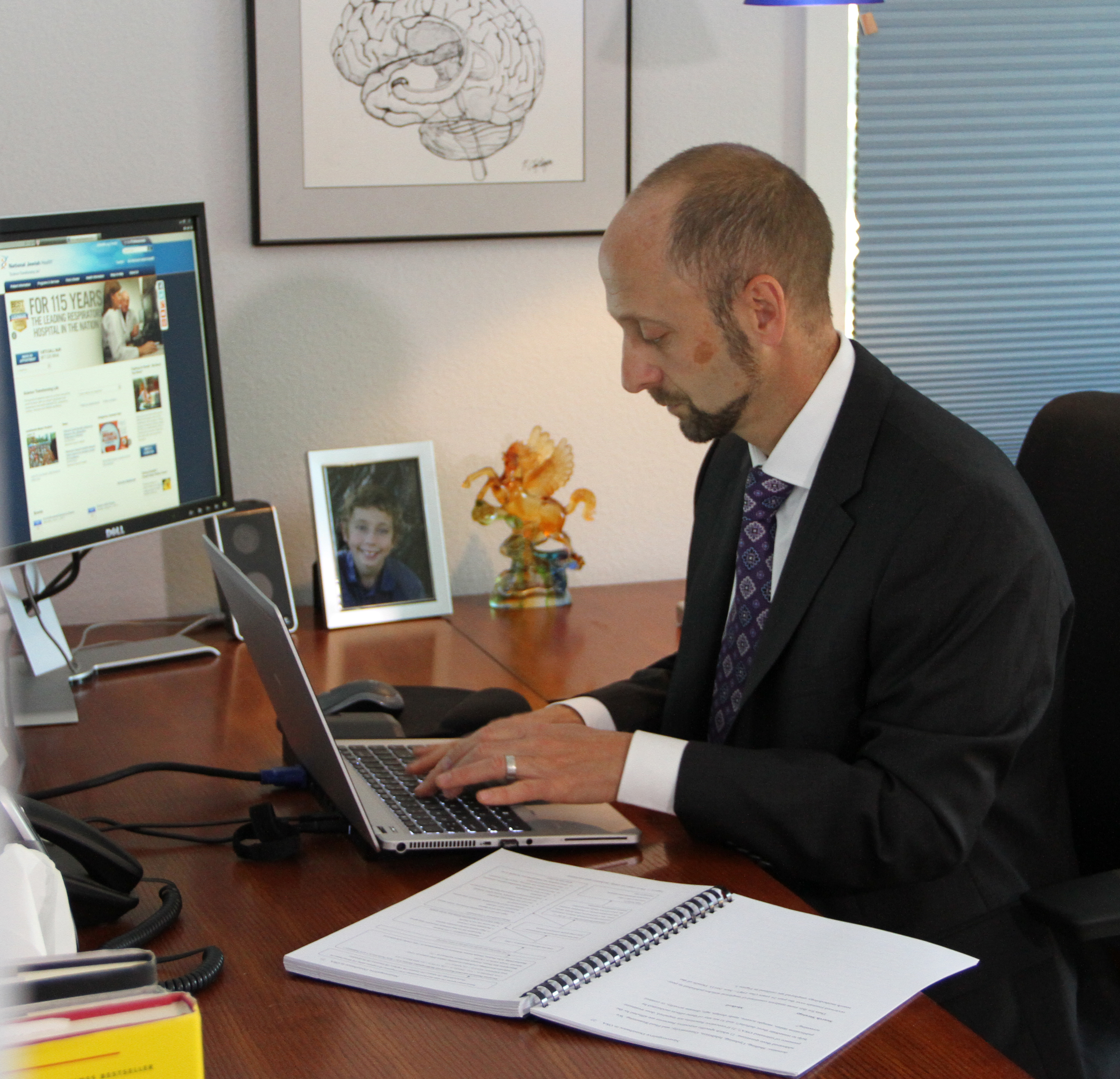 Hoping to get patients to wear CPAP masks more consistently while they sleep, Mark Aloia, PhD of National Jewish Health in Denver took a novel and emotional approach. Aloia videotaped patients overnight as they struggled to breathe without their CPAP masks. After showing patients the video of themselves, CPAP mask usage went up considerably. Details: bit.ly/U4jfsQ