DENVER, CO — July 8, 2014 — The number of children with atopic dermatitis, often referred to as eczema, is on the rise. Some estimate that one in five children in the U.S. now suffers from the painful, itchy skin condition. In an effort to control their symptoms, many children are prescribed powerful medications like immunosuppressants or topical steroids.

“Those medications can be effective, but they also can be a cause for concern for a lot of parents, especially when they’re used long term,” said Mark Boguniewicz, MD, a pediatric allergist and immunologist at National Jewish Health in Denver. “Many families worry about the side effects those drugs might have on their child’s blood pressure, or on their bones and kidneys,” said Boguniewicz. “The problem is, there aren’t many effective alternatives.”

To help find simpler, safer treatment options, researchers at National Jewish Health evaluated an approach known as wet wrap therapy. First described in 1987, wet wrap therapy has rarely been studied and has never been used as a standardized treatment for children with atopic dermatitis. “Hopefully, that’s about to change,” said Boguniewicz.

The technique involves just a few simple steps. First, a child soaks in a bathtub of warm water for about 20 minutes. After the child is removed from the tub, topical medications are quickly applied to eczematous areas and creams or ointments to the clear skin while the skin is still damp. . Then, the child is immediately dressed in wet clothing or wraps to seal in the moisture, followed by a layer of dry clothing. After at least two hours the clothing is removed.

It seems like a fairly simple and straightforward approach, but a new study co-authored by Boguniewicz,  Noreen Nicol, PhD, and Mary Klinnert, PhD, in the July issue of the Journal of  Allergy and Clinical Immunology: In Practice shows it can have profound effects. After being treated by health care teams at National Jewish Health, children who underwent in-patient therapy saw an average reduction in symptoms of 71 percent, they maintained healthy skin a month after returning home, and, perhaps most important, did so without relying solely on medications typically prescribed to these patients.

“We took a step up, step down sort of approach to managing their symptoms in this study,” said Boguniewicz. “We would apply the wet wraps two to three times a day, depending on the severity of the case, then we would taper the therapy down and only treat the affected areas as time went on,” said Boguniewicz. “Over roughly four days we saw dramatic improvements.”

In all, 72 children took part in the study, the largest ever for wet wrap therapy, and for the first time their conditions were quantified for their severity using SCORAD (Scoring Atopic Dermatitis) and ADQ (AD Quickscore) measurements. The most severe cases were given a score of 50 and over, moderate cases were classified between 25-49 and mild cases were those that scored less than 25.

Lucie Karazim, a 4-year-old from Indianapolis, IN, was one of the children who took part in the study. Diagnosed with eczema just four months after she was born, her mother Heather says they saw several doctors and specialists trying to find relief. “It seems like the more doctors we saw, the more we were just adding medications,” said Karazim. “We got to the point where we were taking some pretty potent steroids and still nothing was fixing the problem.”

In 2012, Lucie was referred to National Jewish Health, and her mother volunteered her for the wet wrap study. “It was very labor intensive the two weeks we were at National Jewish Health, but it was worth it,” she said. “The treatment just makes sense, and the best part is, we were able to back off a lot of our medications when we left and established a new baseline for her,” said Karazim.

But Dr. Boguniewicz cautions that there is a technique that needs to be followed in order for wet wrap therapy to work. “You can’t just try this on your own because overuse can do more harm than good,” he said. “You first want to familiarize yourself with the concept at our website and talk to a specialist about it. We have a lot of material that can help you determine if this is the right approach for your child,” he said. 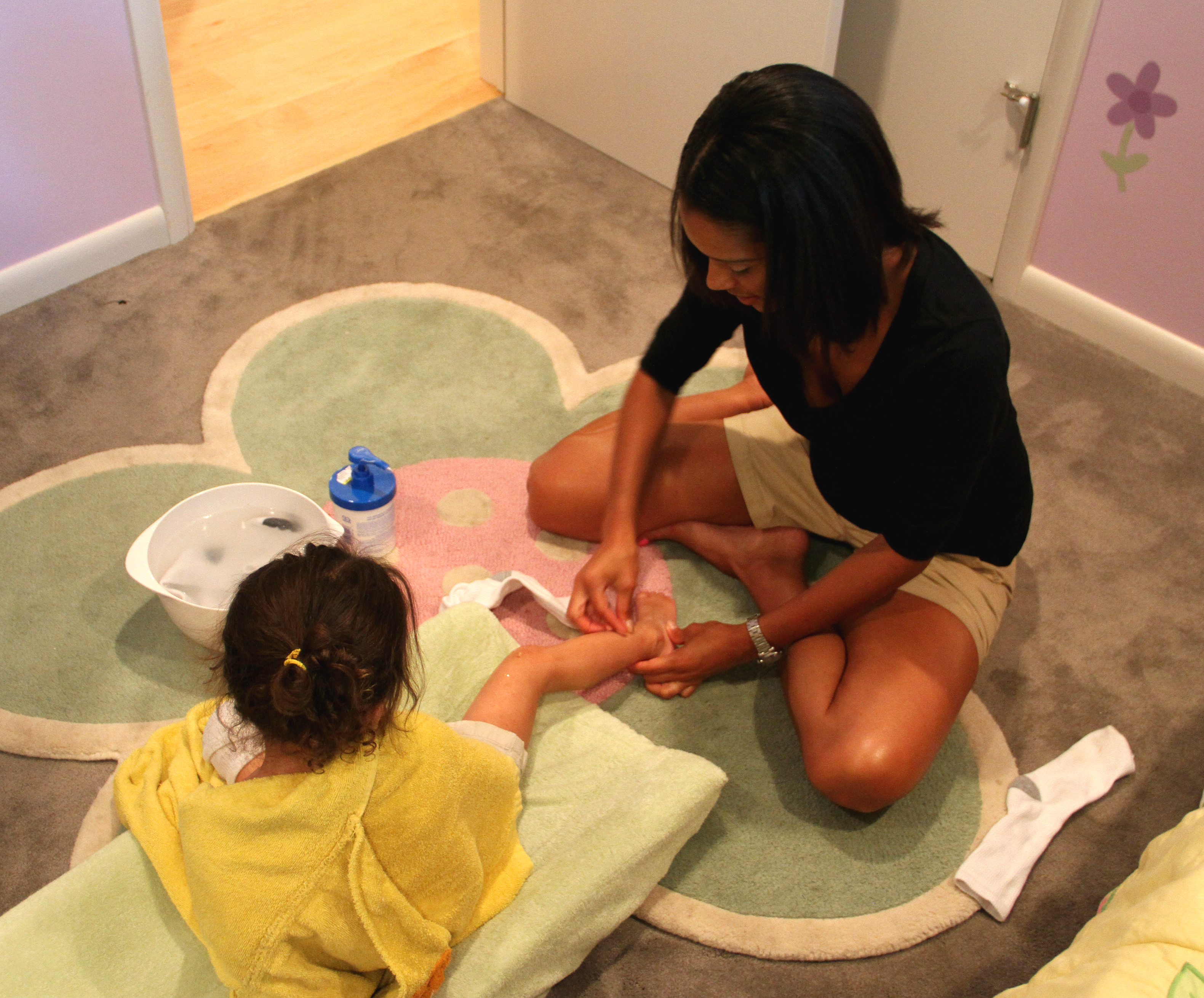 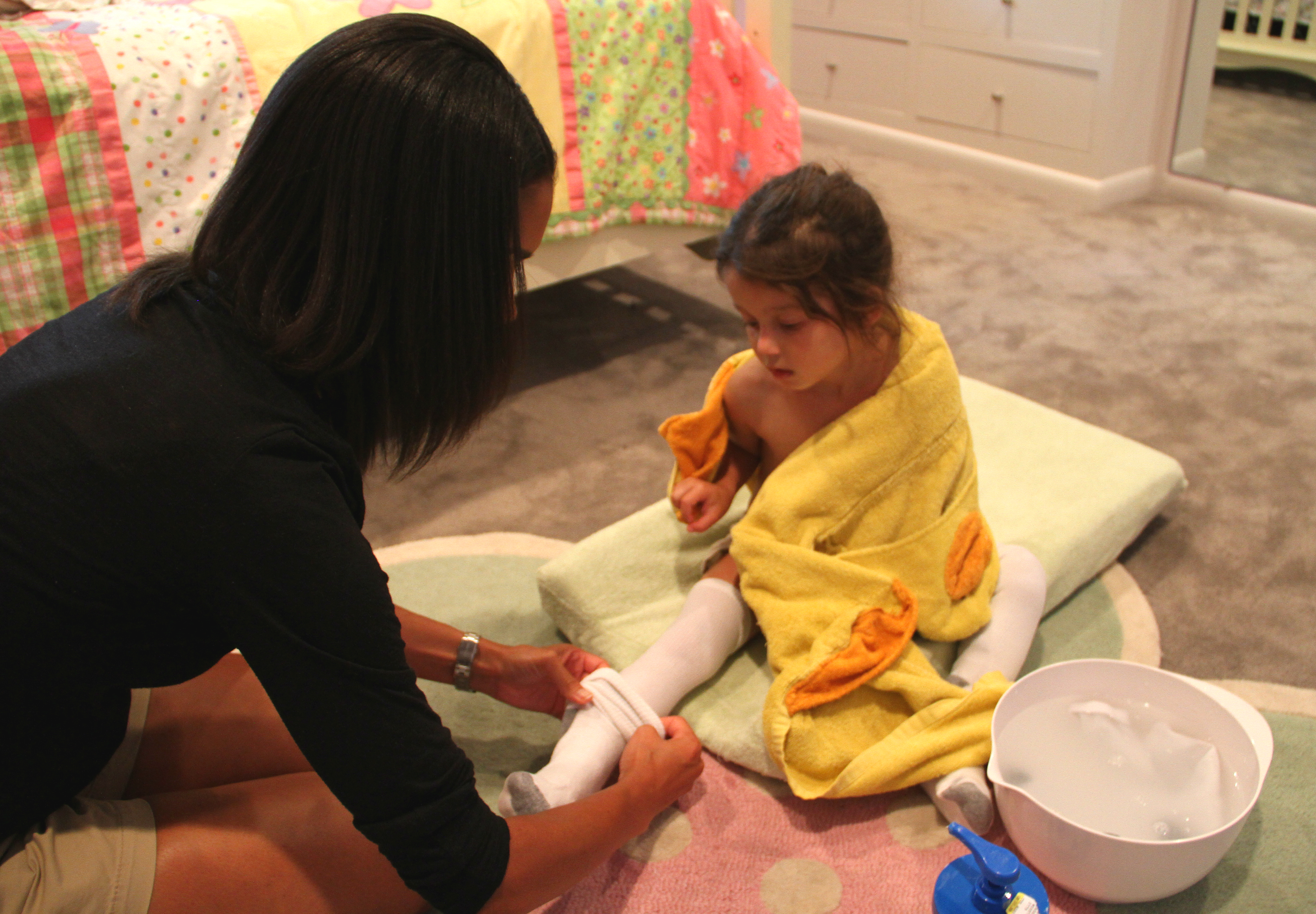 A study conducted by experts at National Jewish Health in Denver shows wet wrap therapy vastly improves symptoms of eczema and atopic dermatitis in children. Heather Karazim of Indianapolis uses wet wraps on the arms and legs of her daughter Lucie, who suffers from eczema. For more details on the largest study ever conducted on wet wrap therapy, click here: bit.ly/1qtgSfb 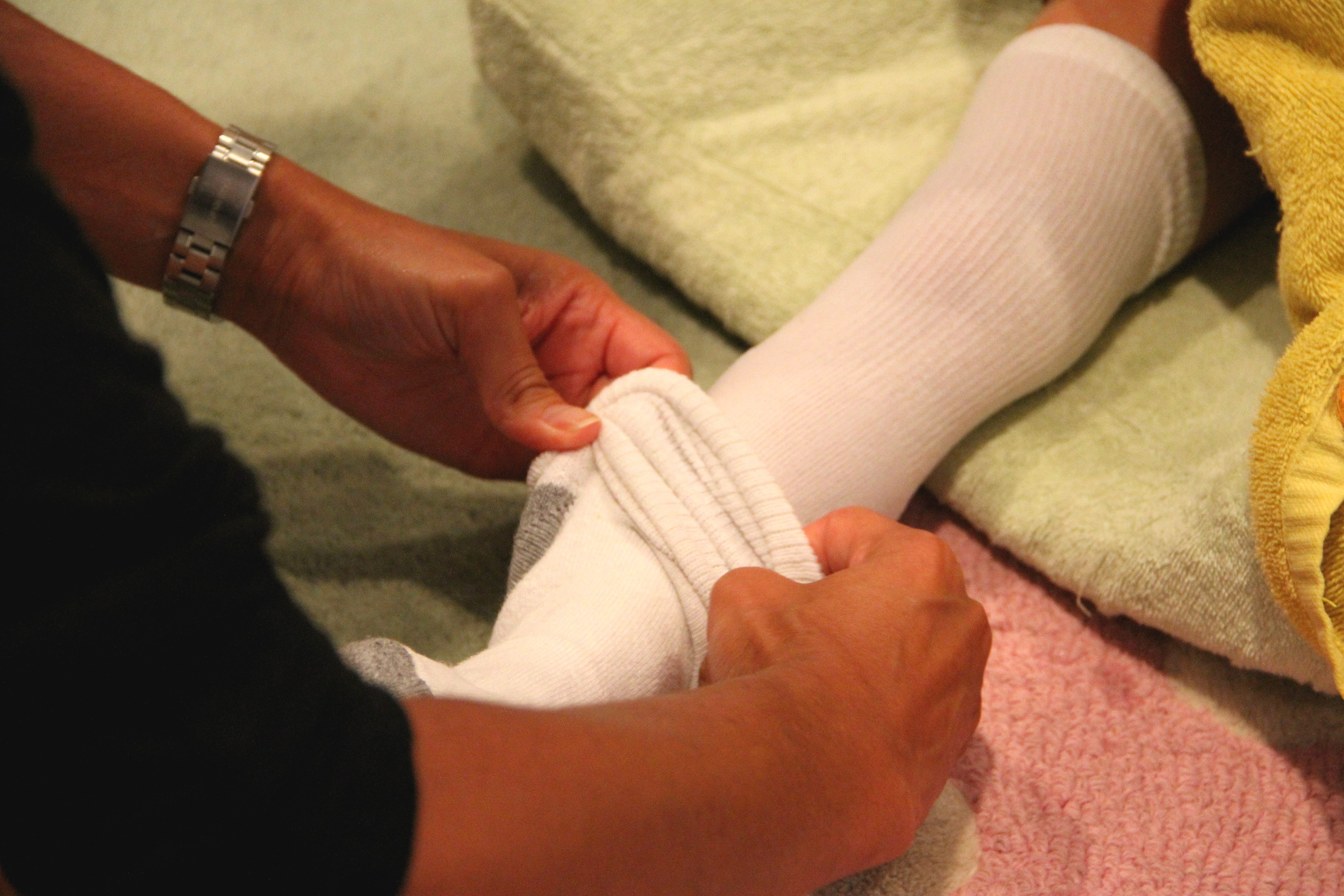 The largest study ever conducted on wet wrap therapy shows it can dramatically improve skin conditions like atopic dermatitis and eczema. Experts at National Jewish Health in Denver saw a 71 percent improvement in symptoms without having to rely on traditional therapies like antibiotics, steroids or immunotherapy drugs. Details of the study can be found here: bit.ly/1qtgSfb 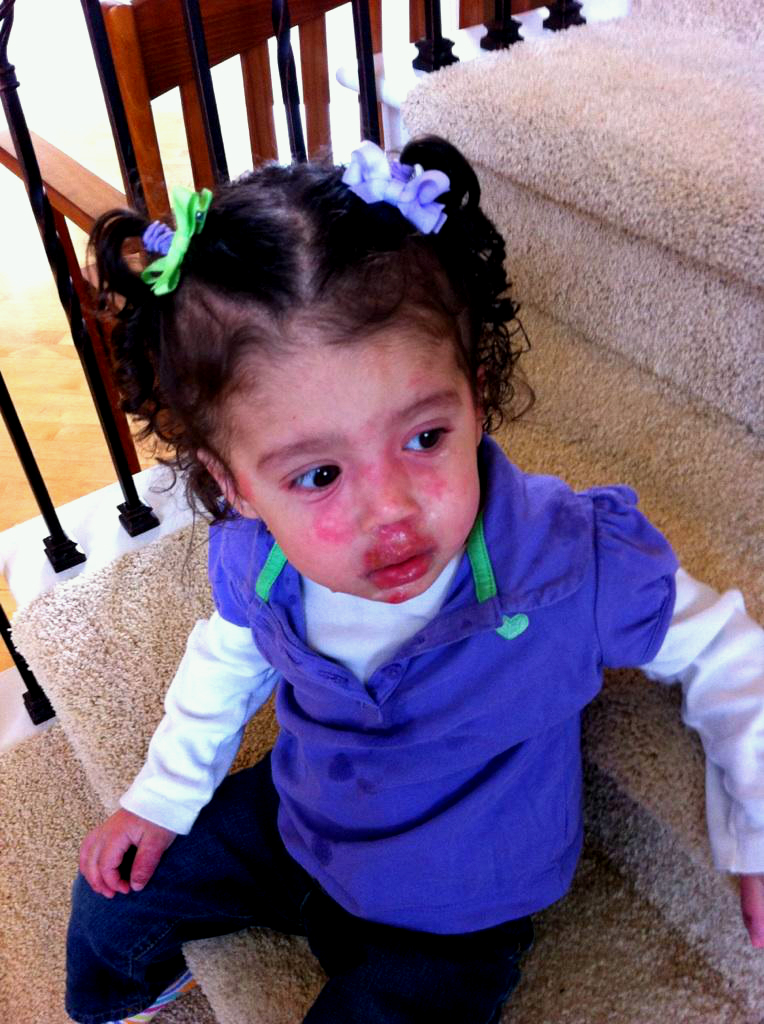 Two year old Lucie Karazim of Indianapolis was prescribed powerful steroids to help control severe flares of eczema. Uncomfortable with the idea of relying on steroids, Lucie`s mother Heather opted for a simpler, more natural approach called wet wrap therapy. A study conducted at National Jewish Health in Denver found wet wrap therapy improved symptoms in children by more than 70 percent, and did so without traditional therapies like antibiotics, steroids or immunosuppressive drugs. Details of the study here: bit.ly/1qtgSfb 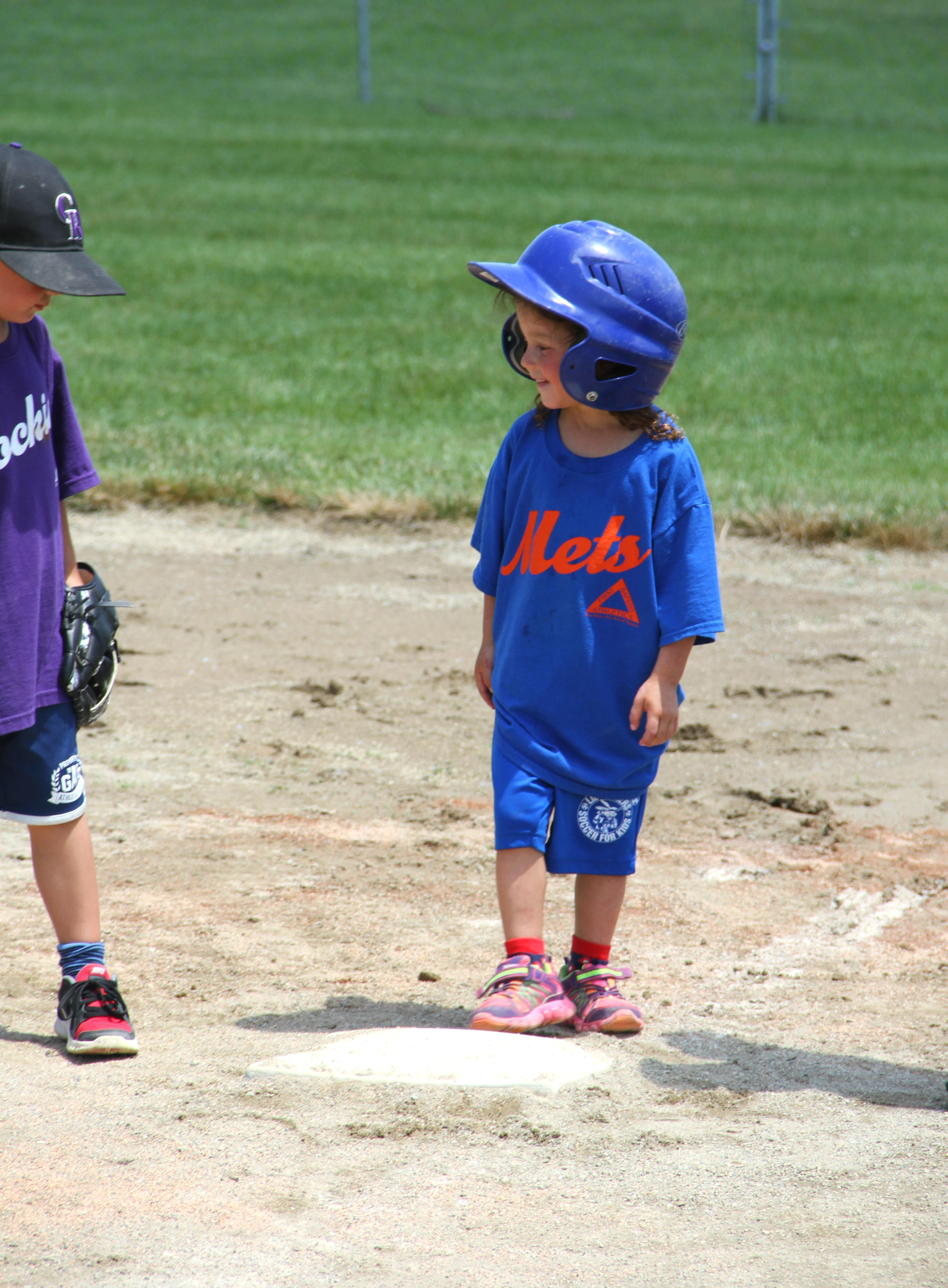 Lucie Karazim`s eczema was so severe at times that her face and hands would crack and bleed. Thanks to wet wrap therapy, her eczema is under control and Lucie is much more active. Experts at National Jewish Health in Denver helped to conduct the largest study ever on wet wrap therapy and found it extremely beneficial for most children, especially for families who would rather not rely on powerful steroids or drugs to control symptoms. To learn more about the study and the benefits of wet wrap therapy click here: bit.ly/1qtgSfb 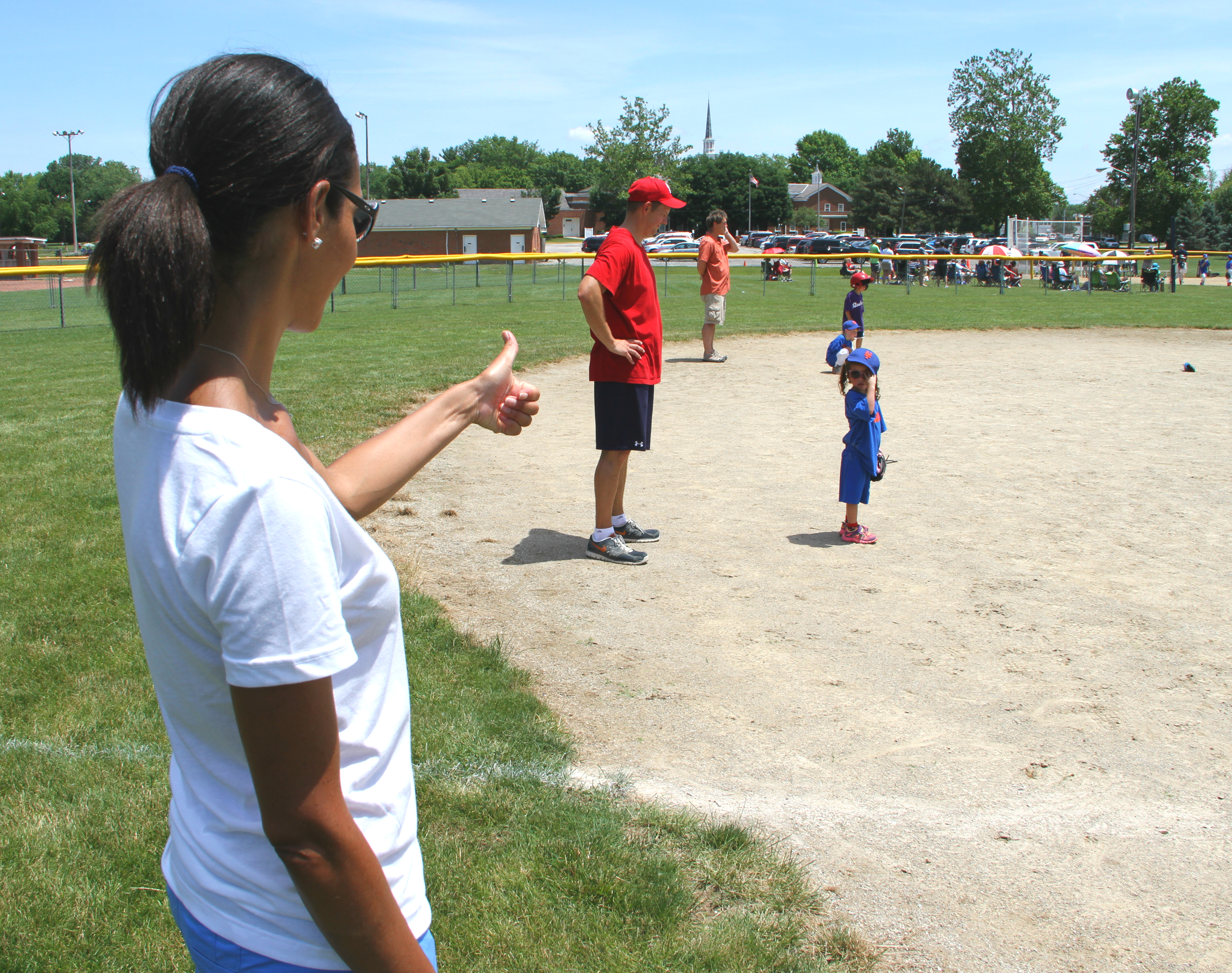 Heather Karazim of Indianapolis gives the thumbs up to her daughter Lucie and her husband Andrew during a recent tee ball game. Severe eczema limited Lucie’s activities for years, but the Karazims adopted a natural and simple approach to caring for Lucie known as wet wrap therapy. A recent study conducted at National Jewish Health in Denver showed wet wrap therapy could improve symptoms by more than 70 percent, and do so without using antibiotics, steroids or immunosuppressive drugs. Details here: bit.ly/1qtgSfb 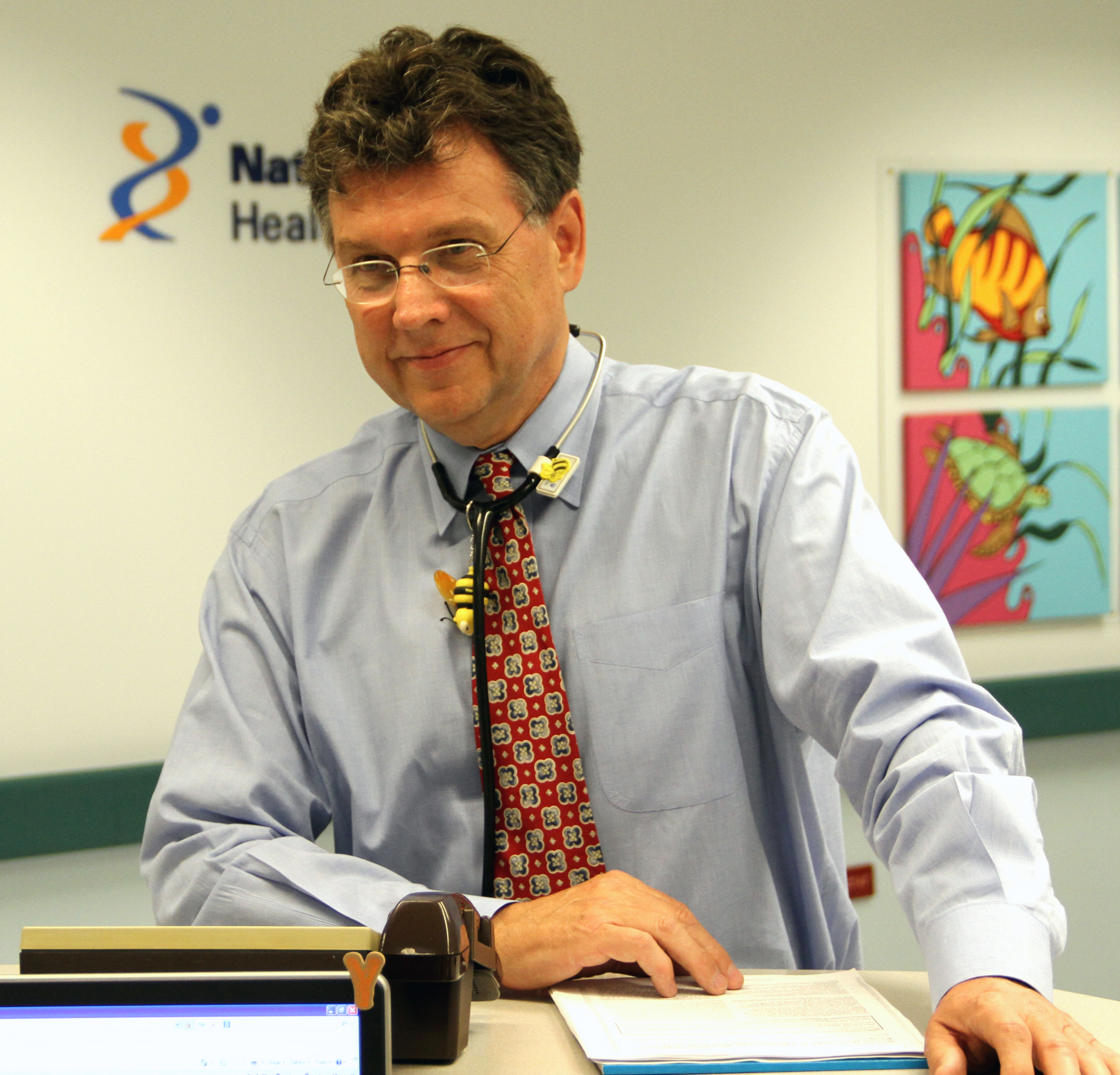 Mark Boguniewicz, MD, of National Jewish Health in Denver co-authored a study that proves the benefits of wet wrap therapy in children with skin conditions such as eczema or atopic dermatitis. The study found wet wrap therapy can improve symptoms by more than 70 percent and do so without using powerful steroids or immunosuppressive medication. Details of the study can be found by clicking here: bit.ly/1qtgSfb 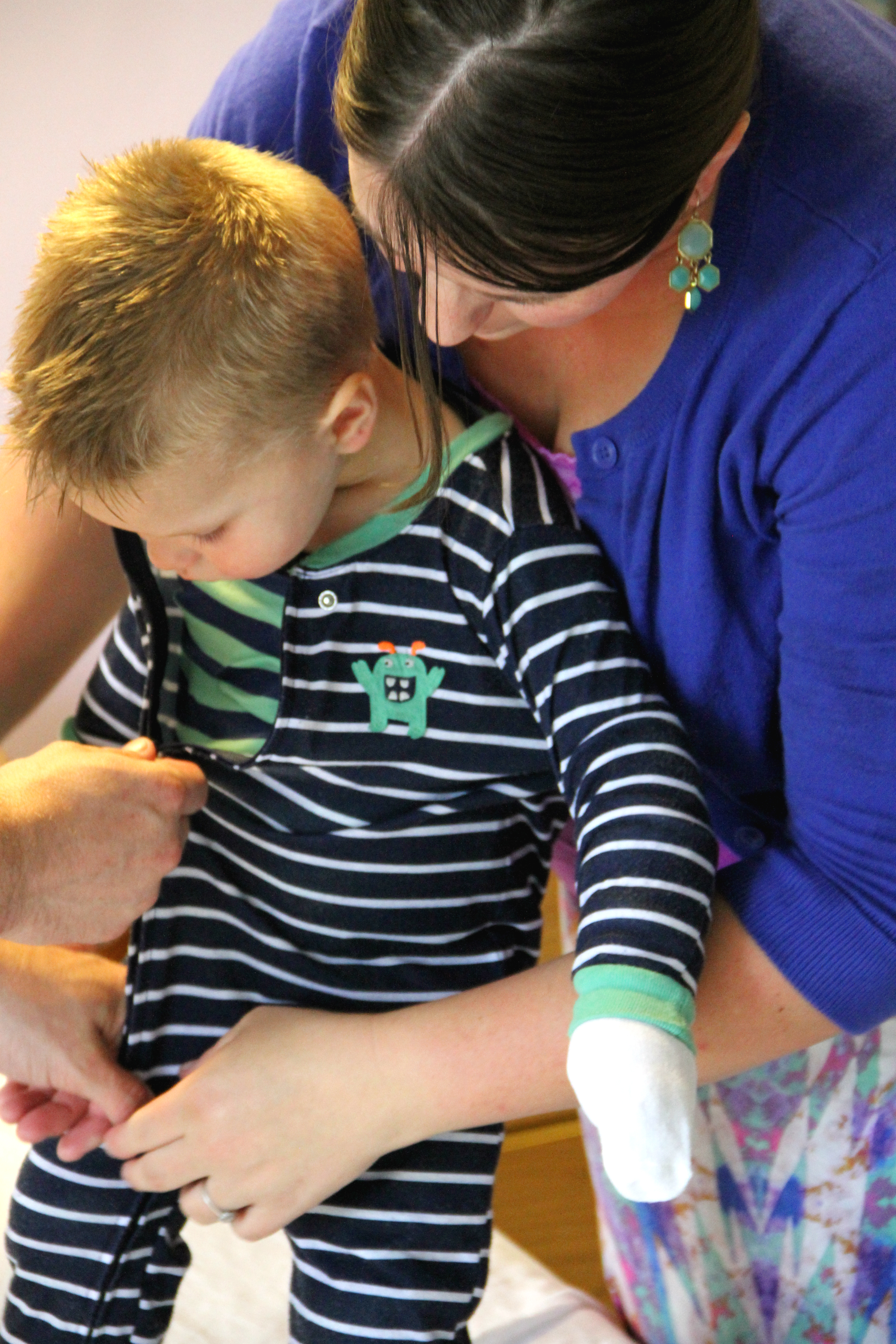 Parents of a toddler from Nebraska learn the techniques of wet wrap therapy at National Jewish Health in Denver. The largest study ever conducted on wet wrap therapy shows it can improve symptoms of atopic dermatitis by more than 70 percent, without relying on powerful drugs like steroids or immunosuppressive agents. For details on the study click here: bit.ly/1qtgSfb