DENVER, CO — Imagine what Paula Spurlock must have been going through.  Shortly after having a hip replaced in 2011, the trouble started.  “I had horrible itching and intense pain throughout my body,” she said.  “I couldn’t take it.  Every single thing in me itched.”

After many months and several trips to specialists, Spurlock was told it could be anything from food allergies to her medication.  But no matter what she changed, the symptoms persisted and Spurlock resigned herself to a life of misery.  “I just kind of thought that’s what life was going to be like,” she said.

Then, she got a phone call.  “I had a PET scan for a lung problem and they said, ‘Paula, what’s going on with your right hip?’  I told them I had it replaced and they said, ‘Well, it lights up on your PET scan.’”

More than a year after it was implanted, tests showed Paula was highly allergic to the metal in her new hip and to the surgical cement often used to hold joints in place.   “That’s the one thing that never occurred to any of us,” she said. “No wonder I was miserable.”

It’s a problem that is sure to get worse in the coming years.  By 2030, the demand for hip and knee replacements in the U.S. will skyrocket.  More than 11,000 people a day are expected to have implant surgeries by then, an increase of 174 percent for hip replacements and nearly 700 percent for knees.

“It’s huge,” said Karin Pacheco, MD an allergist at National Jewish Health in Denver.  “We are an aging society, and the number of people who need new joints is going to increase and, for some of these people, they won’t know that they’re allergic until after the implant is put in.”

“Nine out of 10 people who get implants do great,” said Pacheco.  “But 10 percent don’t, and they’re miserable.”

The best way to tell if someone is allergic is to do a skin patch test.  “But not everybody knows how to do it, not everybody has access to the right antigens, and it also takes about a week to do,” she said.  “Not everybody has that kind of time before their surgery.”

So, a team of experts at National Jewish Health in Denver has come up with an alternative, developing one of the first blood tests that can detect allergies to nickel.  The test was developed by doctor Pacheco, and Vijaya Knight, MD, PhD., the director of the Immunology & Beryllium Laboratories at National Jewish Health.  It could help thousands of patients in the coming years.

Nickel is not only one of the most common metals used in joint implants, but it’s also the most common contact allergen in the U.S., affecting about 15 percent of the population.

Pacheco says there are many advantages to the concept of using a blood test to check for allergies before surgery.  “First of all it’s much easier,” she said.  “You can send the blood in and it will get developed quickly, and you won’t need to have somebody available who knows how to do the patch testing.”  Then, if an allergy is detected, patients could avoid the misery of an allergic reaction by choosing a different implant, and the health care system could save millions of dollars in revision procedures.

Studies to evaluate the nickel blood test are continuing, and soon researchers here hope to develop blood tests to other allergens, like cobalt and bone cement.

After having her metal hip removed and replaced with a ceramic model, Paula Spurlock’s life is back to normal.  “I haven’t had an itching or any problems,” she said.  “It’s been wonderful.”  But, she cautions, if you even think you have an allergy to metal, get it checked out before implant surgery.  “It’s really important that we get that out there,” she said, “so others can can avoid all the things that I went through.  It was a very long and miserable year and half.”

Researchers hope the blood test will be approved and widely used in the next couple of years. 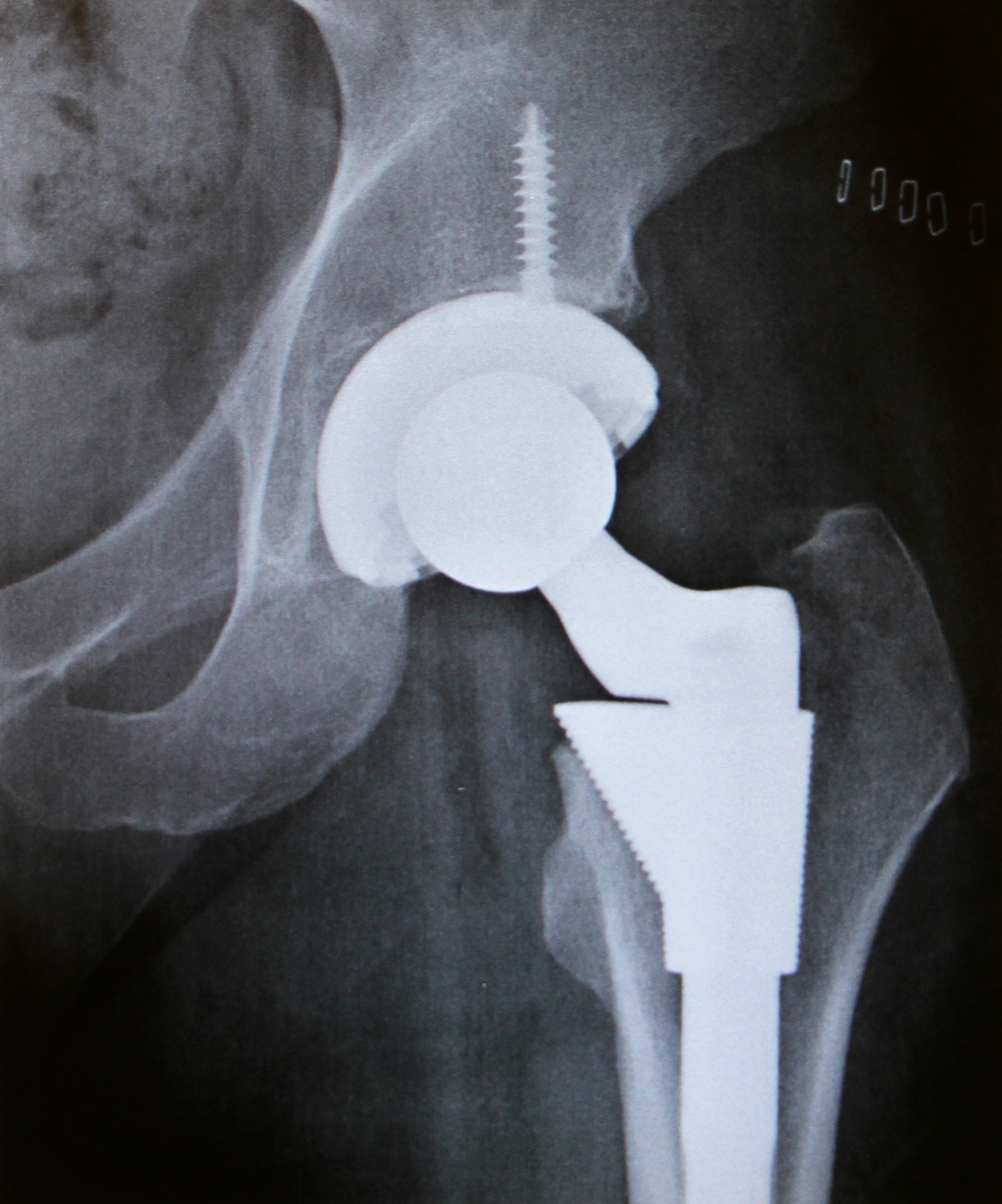 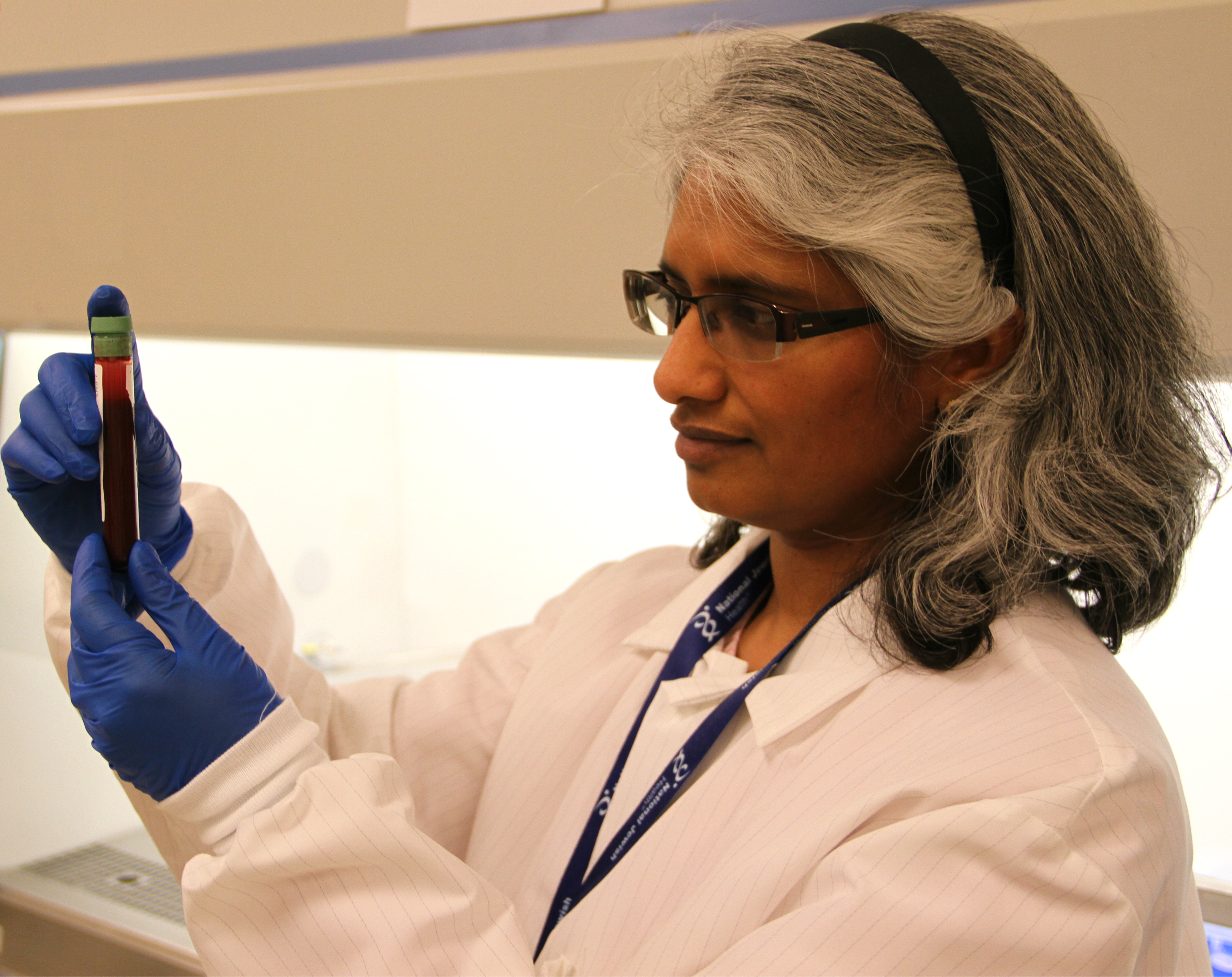 Vijaya Knight MD, PhD of National Jewish Health examines blood vials. A growing number of patients are learning they are allergic to the metal used in knee or hip implants or to the bone cement used in surgery. A new study by National Jewish Health is touting the benefits of a blood test to help avoid painful complications. 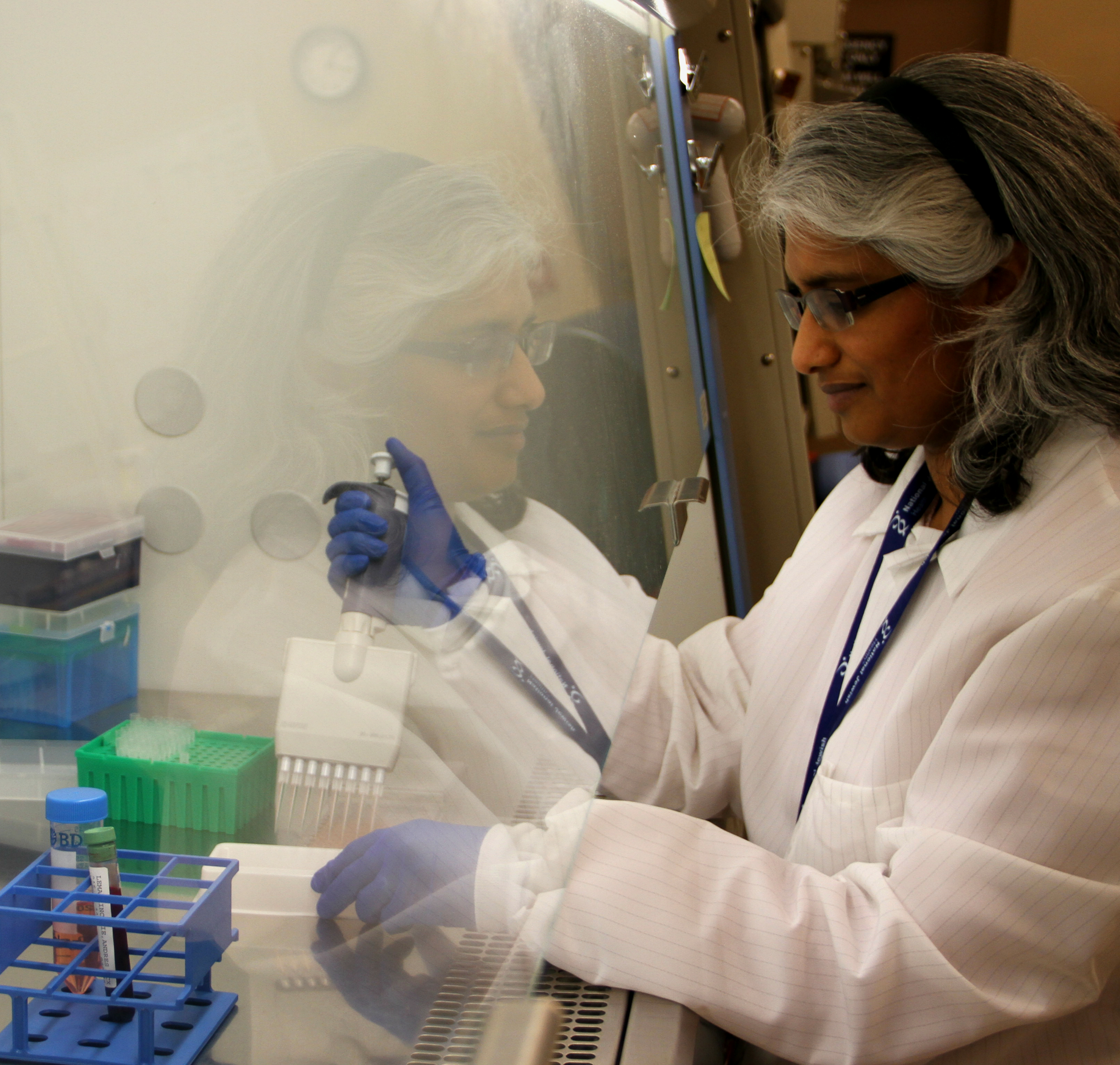 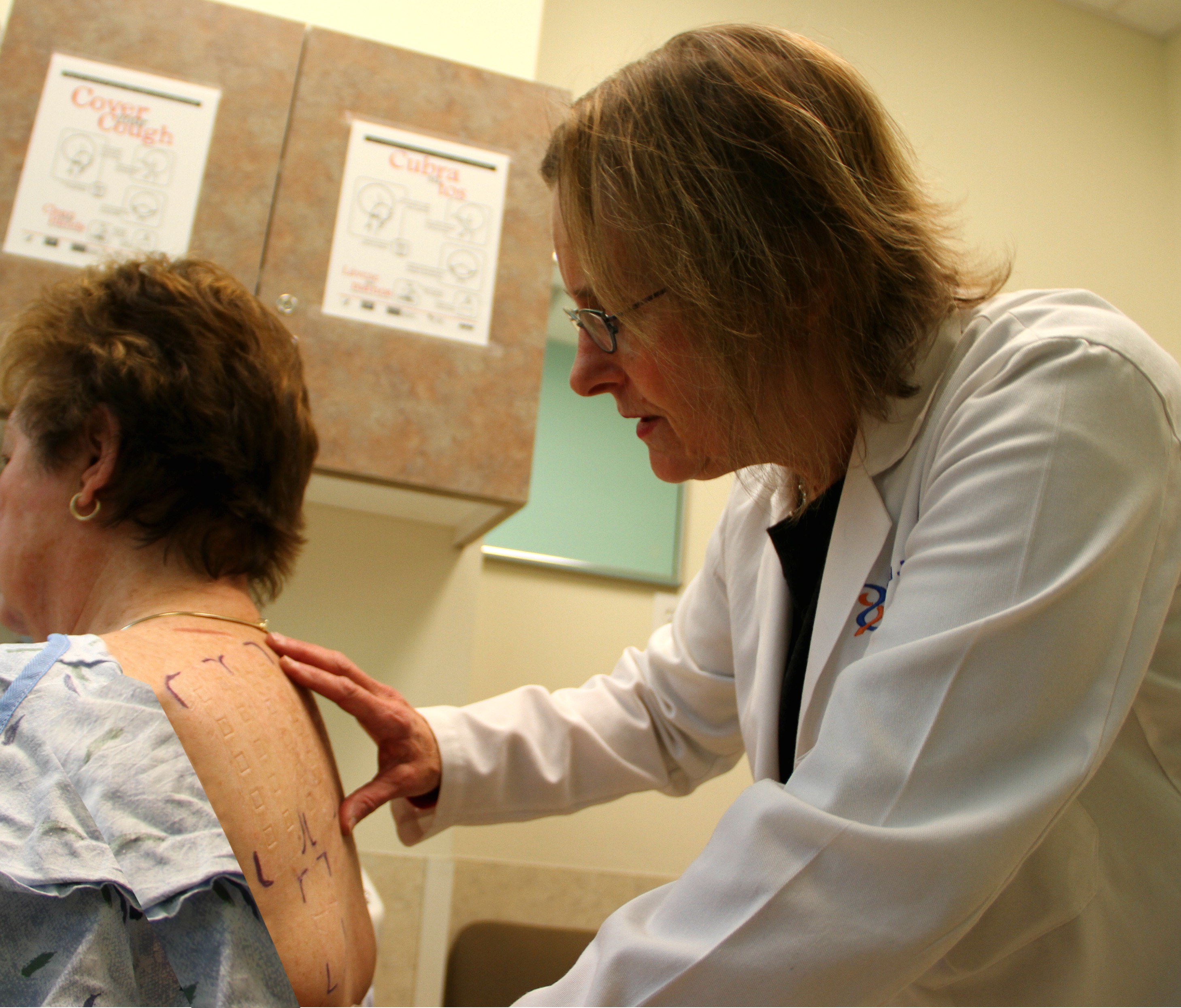 Dr. Karen Pacheco from National Jewish Health examines the results of a skin allergy test on this patient to identify any potential allergies 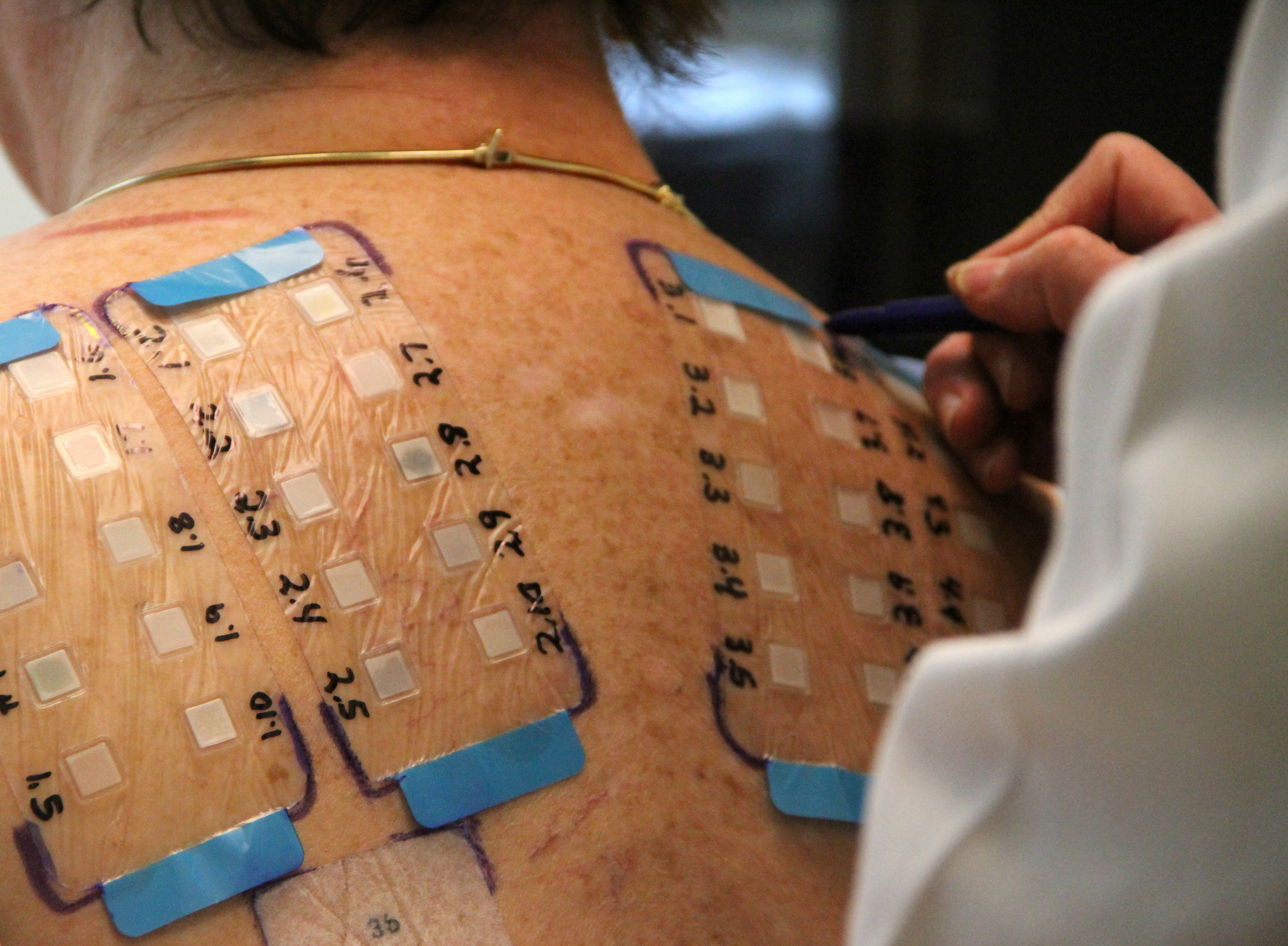 Doctors at National Jewish Health commonly use skin allergy tests like this to identify potential allergies. A new blood test has been developed to identify hip potential implant allergies before surgery 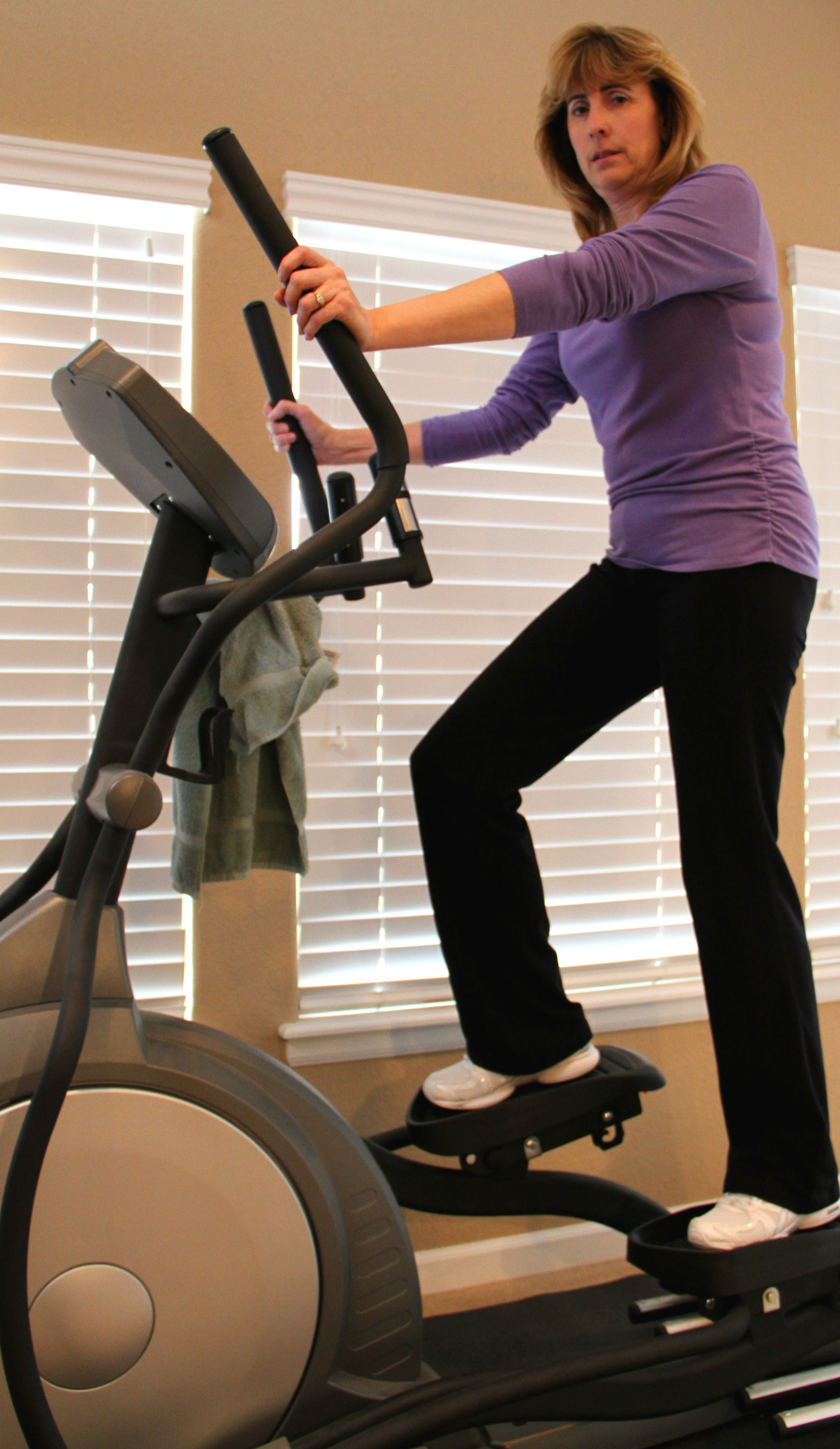 Paula Spurlock was allergic to her new hip, but didn't know it until after surgery. Doctors at National Jewish Health in Denver were able to identify why she was itching so much 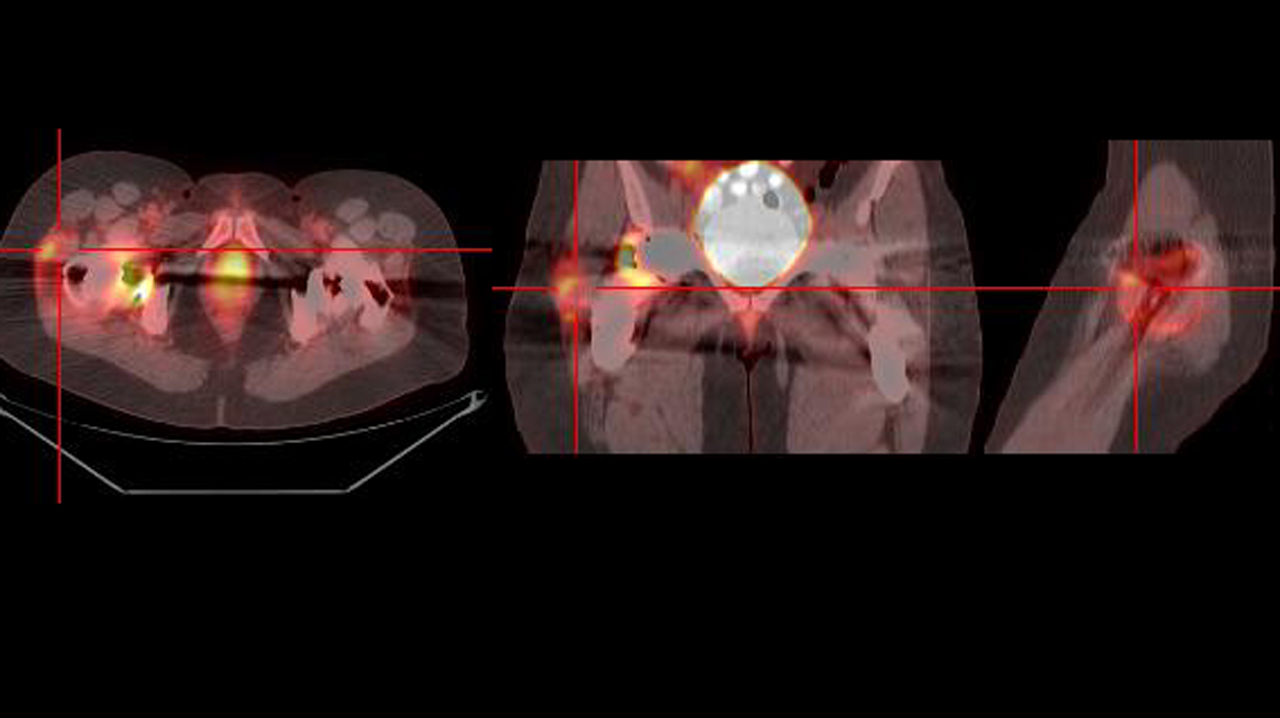 A PET scan shows inflammation in Paula Spurlock's right hip. Doctors at National Jewish Health in Denver were able to identify that she was allergic to the new implant.